Makinde to lawmakers: Oyo can’t move forward if we don’t work together 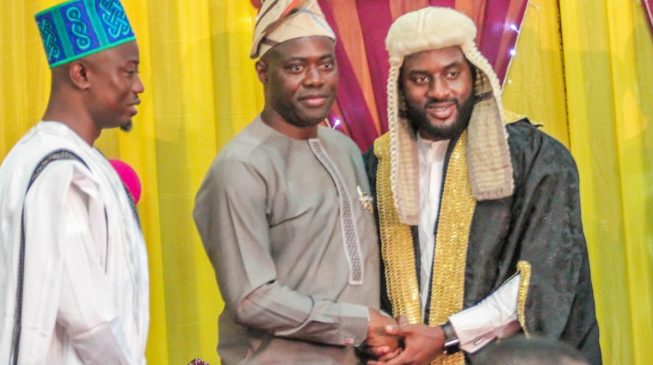 Seyi Makinde, governor of Oyo state, has called for collaboration among the three arms of government in order to boost governance in the state.
TheCable reports that the governor made the call  during the inauguration of the 9th assembly in Ibadan, Oyo state capital, on Monday.
He said his administration will respect legislative autonomy and separation of power as enshrined in the constitution.
The governor called on the lawmakers to work in the best interest of the people by sponsoring and supporting bills geared towards benefiting the people and developing the state.
“We exist; the executive, legislature and judiciary, to move Oyo State forward in the right direction. I will do everything in my power to see that there is a good working relationship between the arms of government, even as we expect the legislature to carry out its oversight functions diligently,” he said.
“We will respect the autonomy of the legislative arm of government and sustain the doctrine of separation of powers as enshrined in the Constitution of the Federal Republic of Nigeria, 1999 (as amended).
“Oyo State cannot move forward if we do not work together. This is why I am using this opportunity to implore you to work with us, putting the interests of the good people of Oyo State who elected us, first.
“I, therefore, want to use this opportunity to mention that two of the first bills the executive will be sponsoring are; the Oyo State Investment Promotion Agency Bill and the Oyo State Financial Crimes Commission Bill.
“In keeping with our campaign promise to make Oyo State the preferred investment destination in Nigeria, the Oyo State Investment Promotion Agency (OYSIPA) Bill, 2019, will birth an agency that will initiate, promote, facilitate and coordinate investments in the state through Greenfield, Public-Private Partnerships, Privatization, Commercialization of state-owned assets, and transform the economy of the state through strategic Asset Management.
“We cannot have people willing to invest in the state when they are unsure their investments will be protected against fraud by relevant agencies. When we say Oyo State means business, we match our words with actions. We build strong institutions to ensure it is not business as usual.”
Adebowale Ogundoyin, newly elected speaker of the assembly, said the lawmakers are set to play their parts in building the state.