Metuh: I received N400m from Jonathan — NOT Dasuki 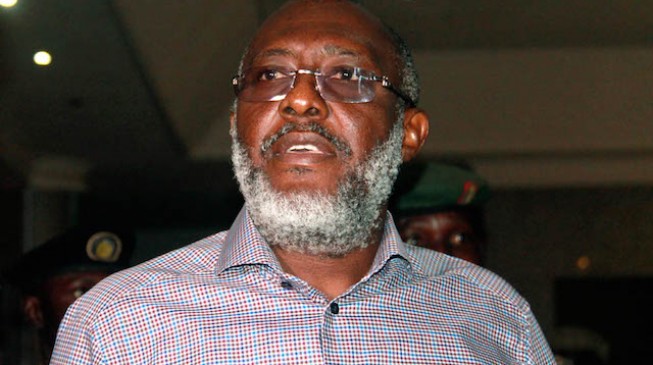 Olisa Metuh, former national publicity secretary of the Peoples Democratic Party (PDP), says he received the N400 million traced to him as alleged proceeds of money laundering from former President Goodluck Jonathan.
Testifying before a federal high court sitting in Abuja, on Thursday, Metuh denied collecting the money from Sambo Dasuki, former national security adviser.
Metuh is facing trial for alleged diversion of the N400 million received alongside his company, Destra Investment Ltd, in the buildup to the 2015 general election.
According to Daily Trust, Metuh said he had met with Jonathan where he promised to make the money available to him.

At the resumed hearing, Metuh was quoted as saying the former president made the money available to him “to carry out the national assignment.”
“Up till May 29, 2015, no individual or group had ever questioned Dasuki’s integrity not to talk of been charged or arrested for any unlawful act,” Metuh reportedly said.
Culled from TheCable, Okon Abang, presiding judge, subsequently adjourned the case till June 24 for further hearing.
In 2017, Dasuki told the court he cannot recall having any dealings with the former PDP spokesman regarding the money.