Ndume: I deserve commendation from APC 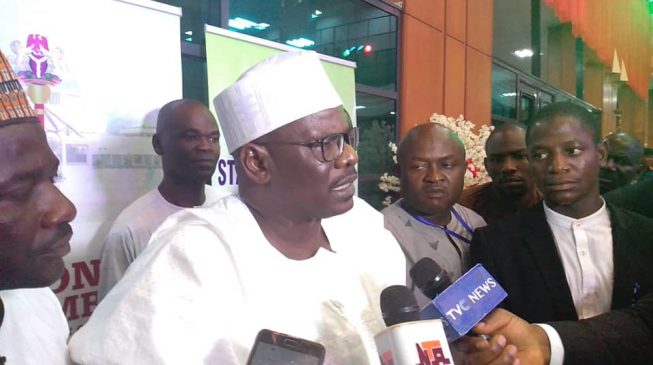 Ali Ndume, senator representing Borno south, says the ruling All Progressives Congress (APC) ought to praise him for slugging it out with Ahmad Lawan.
TheCable reports that the leadership of the ruling party had settled for Lawan but Ndume refused to back down, polling just 28 votes in the election while Lawan secured 79 votes.
But speaking with journalists shortly after the result of the election was announced, Ndume said the reputation of his party would have been at stake if he had failed to contest the electon.
“Party or democracy without election is not democracy. That is why it is very important to stand for and defend the constitution. Section 50 (1), that the Senators shall elect the senate president and his deputy from among themselves and that was what happened,” the legislator said.
“When they did that election, I got 28 or thereabout, that is democracy in action, no matter the imperfection.
“I insisted on secret balloting because in democracy, election must be seen to be free and fair and this election was conducted freely and fairly through the open secret balloting which gives credibility to the process.
“If I had agreed with the anointment of Ahmad Lawan as the senate president, in line with the directive of the party, there won’t have been election and it would have dented the image of the party and the government. That is why I don’t see myself as a loser. I have won and I think the party should commend me.”