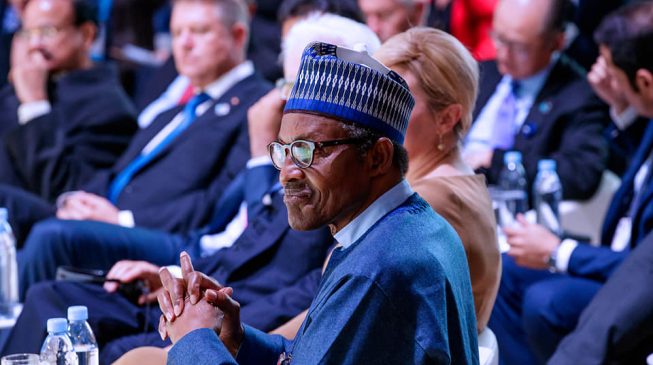 Nigeria’s ability to repay its external debts has come under scrutiny amidst further threat following the $9 billion arbitration award against the country by a London tribunal, According to TheCable.
The country’s external debt burden rose from $10.3 billion in June 2015 to $22.1 billion by June 2018.
The 115 percent increase means the debts are now approaching pre-2005 levels when the Paris and London clubs wrote off $18 billion of Nigeria’s after the country paid off the lump sum of $12 billion from its oil revenue surpluses.
In a briefing paper titled ‘Nigeria’s External Debt: The Post-Election Boomerang’, Andrew Roche, the renowned sovereign debt analyst, says the government must take decisive measures to stop the growing burden given the ongoing challenge with revenue generation.
“The Government should take advantage of its renewed mandate to implement measures to ensure the external position of Nigeria does not deteriorate,” he wrote.
“This would begin by resolving outstanding disputed financial obligations and carefully considering new borrowing, thereby signaling to the financial community prudent fiscal stewardship and a transparent and constructive framework for future financing.”
JUDGMENT DEBT
One of the disputed obligations he highlighted is the arbitration award to Process and Industrial Developments Limited (P&ID), a British engineering and project management company.
The company had dragged Nigeria to arbitration in London in August 2012 alleging breach of contract by the federal government over a gas-to-power project.
In July 2015, the dispute was resolved in favour of P&ID and Nigeria  unsuccessfully asked the English Commercial Court to set aside the award completely.
In January 2017, the tribunal ordered Nigeria to pay P&ID $6.6 billion in damages and $2.3 billion in interest.
Along with accrued interest, the fine has risen to about $9 billion.
Nigeria is currently trying to stop the enforcement of the award which could put its foreign assets, including reserves, into jeopardy.
The English Commercial Court is expected to hear Nigeria’s defence on June 14 and is likely to make a pronouncement on the merit of Nigeria’s defence at the next sitting.
Meanwhile, Sunrise Power and Transmission, a Nigerian company, is making a $2.3 billion claim against Nigeria at International Chamber of Commerce (ICC) in Paris, France, over another alleged breach of contract, this time on the Mambilla power project in Taraba state.
‘INVESTORS WORRIED’
Roche said Nigeria’s “growing exposure” is leading investors to speculate about how the country can sustain its new debt profile.
“Questions abound concerning the end use of borrowed funds, the success of reforms and the ongoing vulnerability of Nigeria’s fiscal position given its growing external debt burden,” he said.
Early May, Roche had told the Financial Times that there were questions over whether the government was using borrowed cash to patch up holes in budgets, rather than investing in infrastructure or industry, or in efforts to diversify the economy from a heavy dependence on oil.
“They have borrowed quite a bit, but where is the money being spent?” he asked.