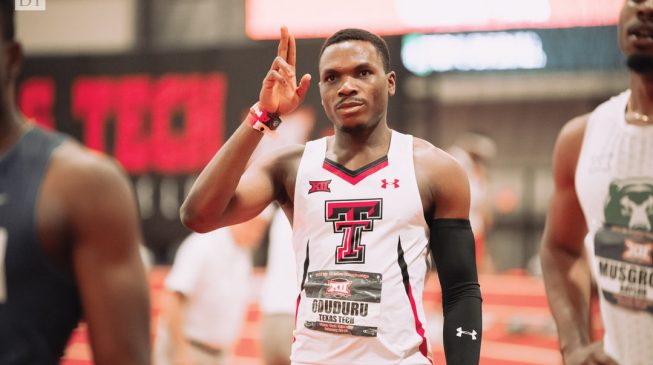 The Nigerian athlete Divine Oduduru has won his first NCAA 100m title clocking 9.86 seconds to become second African runner to achieve this feat.
TheCable reports that Oduduru’s 9.86 second was the second-fastest time in NCAA history.
He is now the second Nigerian after Olopade Adeniken in 1992 and third African after Namibia’s Frankie Frederick in 1991 to successfully complete a sprint double at the NCAA Division 1 Championship on Friday.
His time was just a 100th of a second off Olusoji Fasuba’s 9.85-second African record set 13-years ago in Doha. Fasuba is the fastest African athlete of all time, while Oduduru is just a 100th of a second behind him.
The time is third joint fastest in the world as he equals Noah Lyles and Christian Coleman’s runs last month in Shanghai at the IAAF Diamond League meeting.
He later ran the second-fastest 200m in NCAA history with 19.73 seconds.
Both combined times accounted for the second fastest 100/200 one-day double behind only professional Justin Gatlin’s 2014 Brussels Diamond League double in 2014.
The Texas Tech athlete ran a personal best of 19.73 seconds in the 200m.
Oduduru’ time is third fastest in the world after Michael Norman and Lyles’ respective 19.70 and 19.72 seconds run at the Golden Gala Pietro Menea’s Diamond League meeting last Thursday in Rome, Italy.