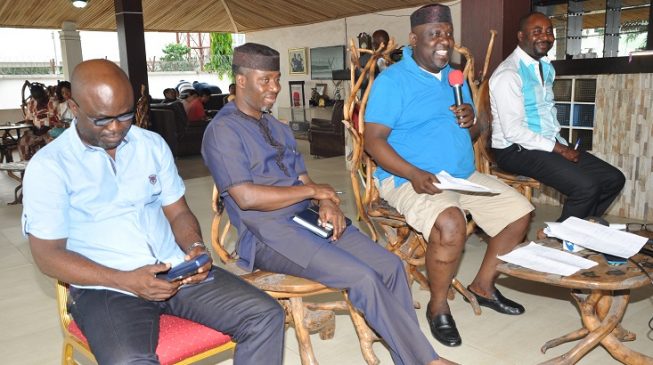 Officials of the Rochas Okorocha administration in Imo looted the state government’s property worth N50bn, according to a committee investigating the government’s assets.
The committee on recovery of missing government movable property in Imo state was set up by Emeka Ihedioha, governor of Imo state, shortly after he was sworn in.
TheCable reports that Jasper Ndubuaku, the committee chairman, said some of the government properties recovered include 279 Prado SUVs, 27 pay-loaders and 27 lorries.
Addressing journalists in the state, Ndubaku said some government vehicles were sold at “give-away prices to political associates” and that the sales would be reassessed.

He said 67 vehicles were taken away from the state government house in Owerri while “all past commissioners in the state went away with the vehicles in their various ministries.”
He added that 150 transformers bought by Okorocha were also taken away by the government officials, while  items such as cutlery, plastic seats and generators used by former commissioners were not left out.
“We went from ministry to ministry and house to house and discovered to our dismay, that officials of the immediate past administration of Rochas Okorocha looted all property in their possession including chairs, spoons and other cutleries among others,” he said.
Ndubuaku said the committee has the names and contacts of all those said to have looted the property, and called on them to return them back without further delay.
According to him, “if after this appeal and they still remain adamant, we will be compelled to unleash the dragon, mobilise all concerned Imo indigenes to assist us to recover these missing items and if the worst comes, we will criminalise the matter.”