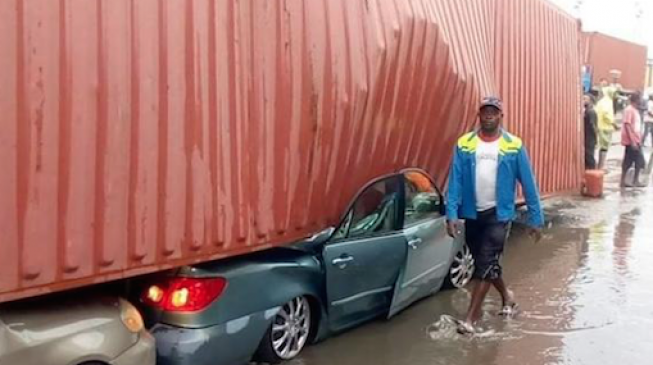 At least two cars were destroyed after a container fell on them around Tin Can Island port in Apapa, Lagos, on Saturday.
TheCable reports that it’s not clear if there were casualties but the affected vehicles were badly damaged. Adebayo Kehinde, spokesman of the Lagos State Emergency Management Agency (LASEMA), could not be reached for details of the accident as of the time this report was filed.

Heavy-duty vehicles are scattered across Apapa due to the location of different ports in the area. To reduce traffic congestion and possibly minimise accidents, the federal government recently set up taskforce to restore sanity to the roads in the area.
Here are some pictures from the scene of the accident: 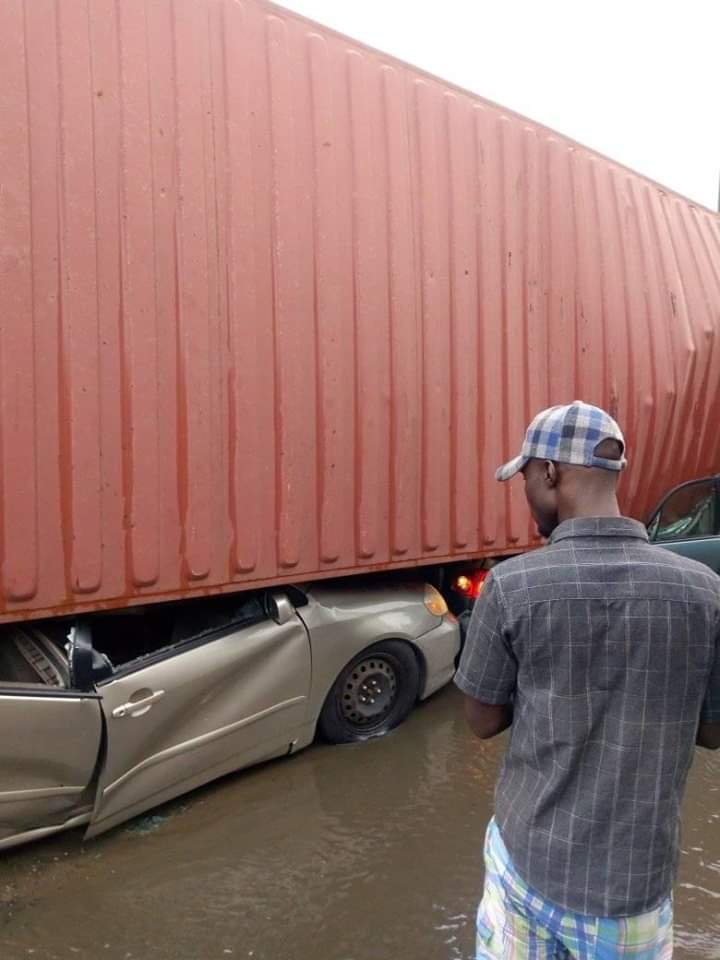 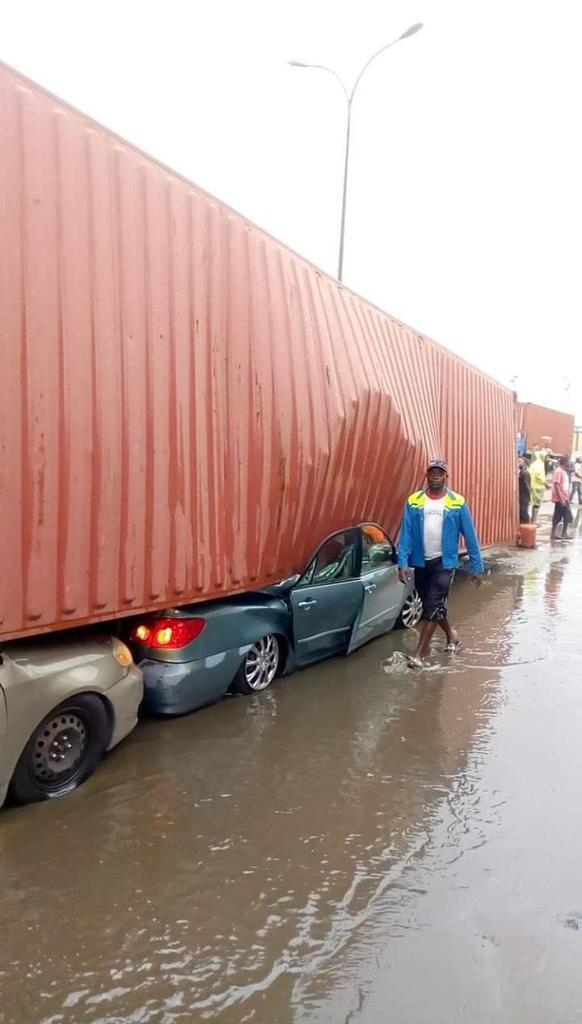