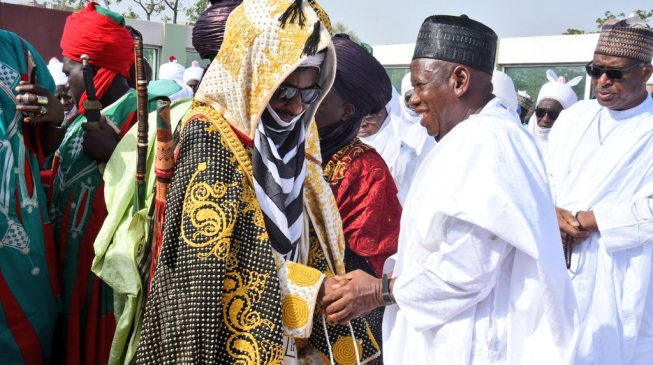 Abdullahi Ganduje, governor of Kano state, and Muhammadu Sanusi, emir of Kano, shook hands at the eid praying ground in the ancient town on Tuesday.
Both men have not been seen together publicly since the governor split the Kano emirate into five.
Ganduje has been severely criticised over the move believed to be targetted at the emir who reportedly opposed his reelection bid.
But he has denied any wrongdoing, attributing the development to the need to take governance closer to the people.
TheCable reports that the eid el-fitr celebrations brought the duo together less than 24 hours after news broke that the Kano State Public Complaints and Anti-corruption Commission had recommended the suspension of the emir over alleged misappropriation of N3.4 billion.
Below are pictures from the eid praying ground: 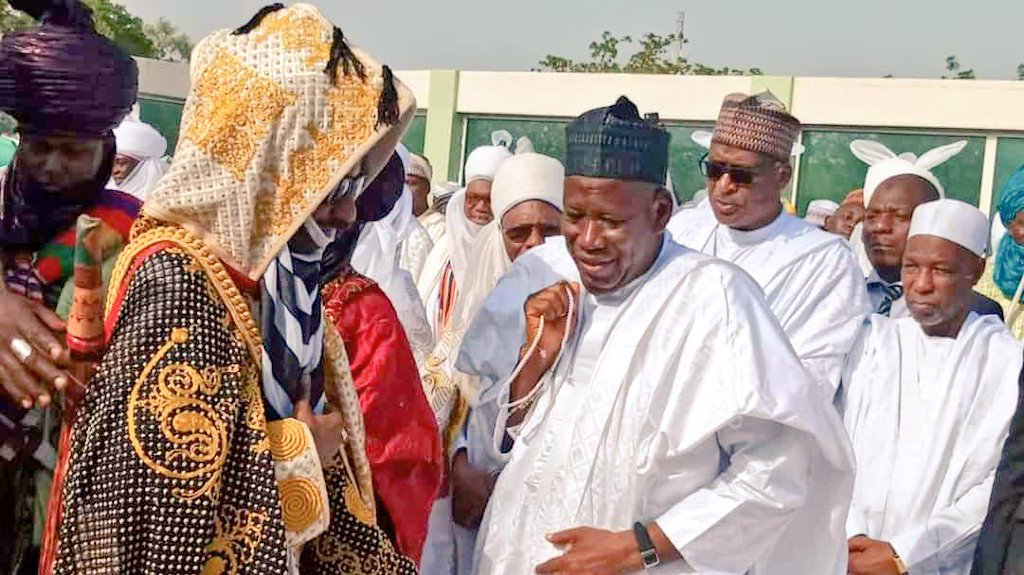 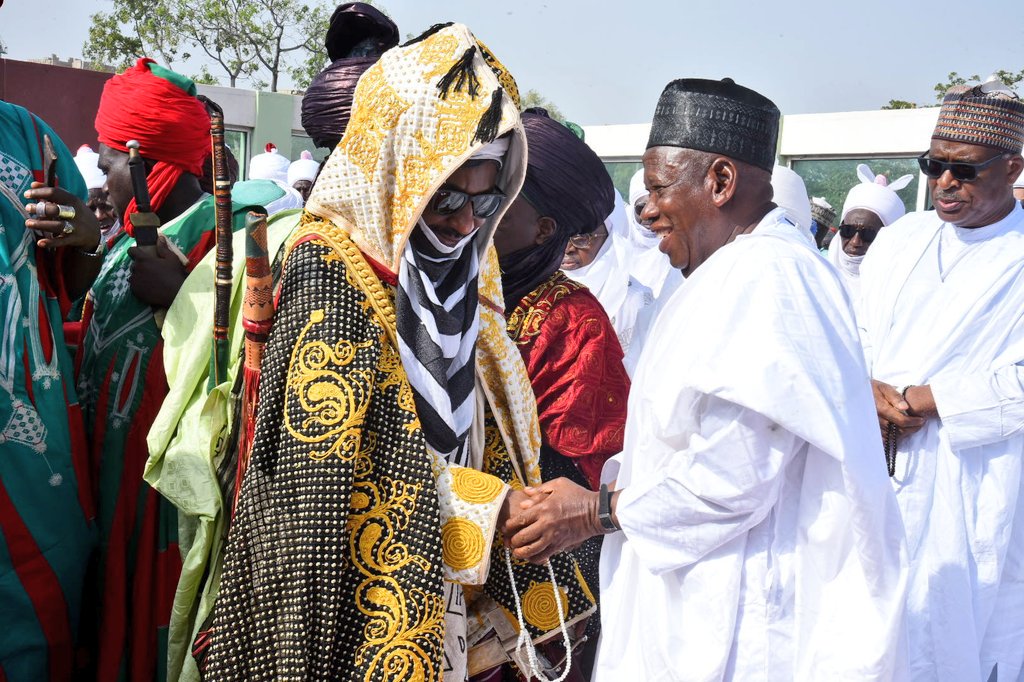 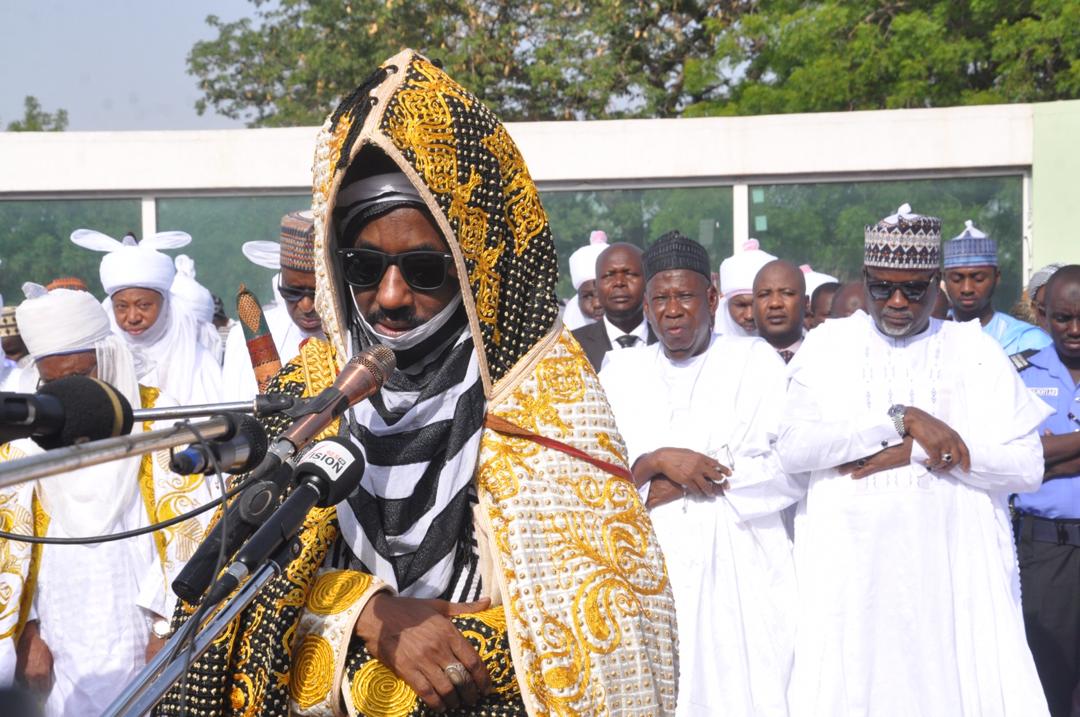 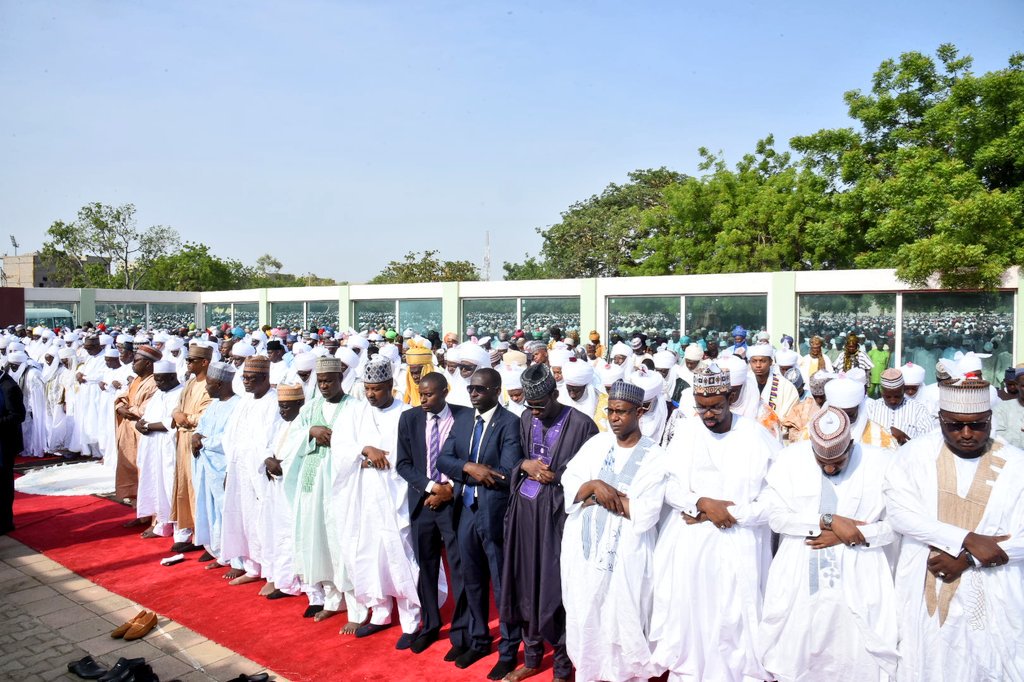 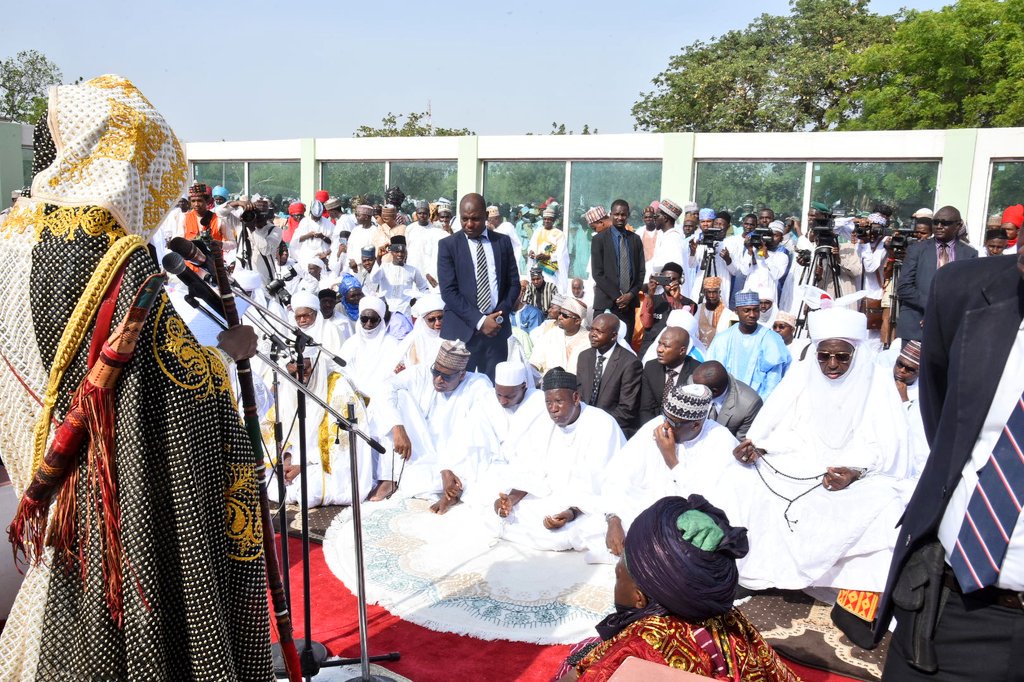 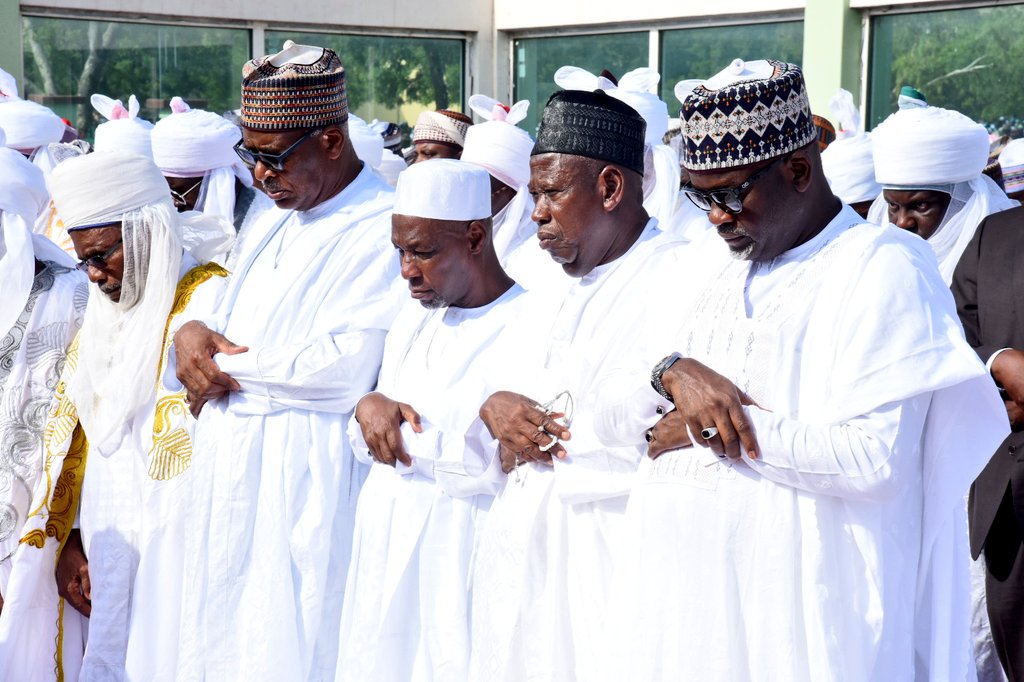