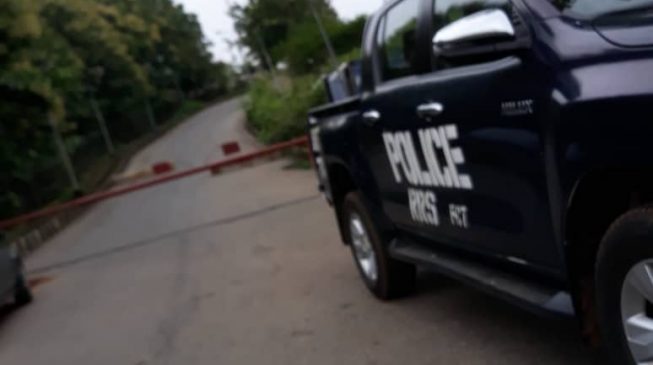 Policemen and operatives of the Department of State Services (DSS) are currently laying siege to the head office of DAAR Communications in Asokoro, Abuja.
TheCable reports that Tony Akiotu, group managing director of DAAR Communications, disclosed this in a message sent to the reputable independent online newspaper on Saturday morning.
Akiotu said heavily armed security operatives gathered around the station premises at 12:30am on Saturday.
The development comes less than 12 hours after AIT and Raypower FM went back on air following a court order.
The National Broadcasting Commission (NBC) had shut the stations on Thursday over what it described as breach of its rules.
But on Friday, Inyang Ekwo, judge of a federal high court in Abuja, ordered reopening of the stations.
He also summoned NBC and the ministry of information and explain why the motion challenging the commission should not be granted.
DAAR Communications had filed an ex parte motion before the NBC suspended its operations.
Akiotu said the stations resumed operations in line with the directive of the court. 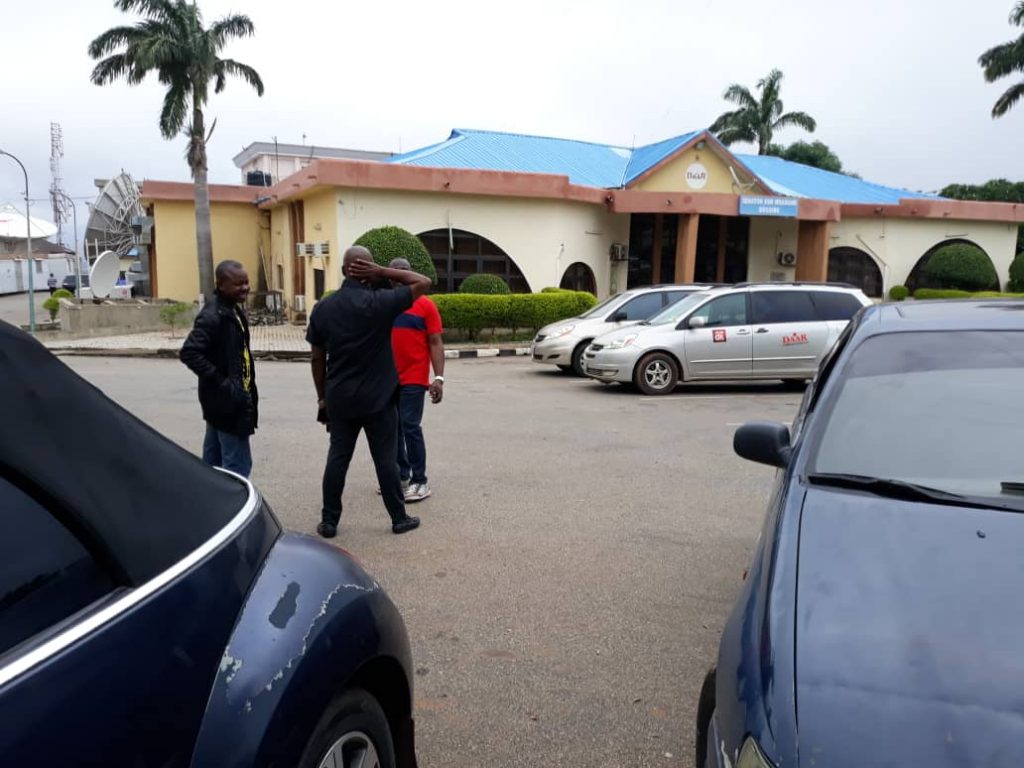 Some workers discussing at DAAR Communications head office when TheCable visited on Friday
“As at 12.30am this morning, the premises of DAAR Communications Plc is surrounded by security operatives of the Nigeria Police Force and the DSS,” he said in a message sent to TheCable.
“The motive for the siege is not clear at the moment. They are heavily fortified and carrying out surveillance on the premises. The motive for the unusual surveillance is not clear. DAAR COMMUNICATIONS PLC returned to the airwaves following an exparte motion granted by the Federal high court in Abuja.
“The station is still transmitting signals on its National and global beam. The management of DAAR Communications Plc wishes to alert Nigerians to this unwarranted threat to its operations by operatives of the State Security services.”
DSS operatives had first stormed the head office of DAAR Communications on Thursday night to effect the shutdown.
When TheCable visited the DAAR Communications premises on Friday morning, some workers said the security operatives blocked access to most of the offices on Thursday.
“They came in the night and some of the workers who were on night duty could not work. It was during that period that the transmission was shut down”, an AIT broadcaster, who preferred anonymity, told TheCable.
Another member of the staff told TheCable that most of her colleagues were left with no choice than to stay back at home because of the shutdown.
“This is against press freedom and can happen only in Nigeria. We all must condemn it,” she had said.
Before the clampdown, Raymond Dokpesi, founder of DAAR Communications and a chieftain of the Peoples Democratic Party (PDP), had raised the alarm that there were plans to shut the stations.