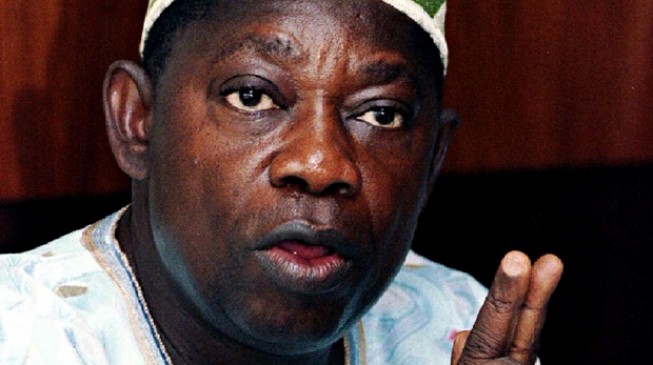 Where were you on June 12, 1993? I was in Ilorin, Kwara state, enjoying the weekend with my cousins. I could not vote because I registered in Lagos. If I had voted, I would have thumb-printed the space for the Social Democratic Party (SDP) whose presidential flag bearer was Chief MKO Abiola. I had been rooting for Alhaji Bashir Tofa, the candidate of the National Republican Convention (NRC). But after watching the televised presidential debate and having an argument debate with my dear friend, Mallam Lanre Issa-Onilu (now APC national publicity secretary), I was finally persuaded to vote for Abiola, although I eventually disenfranchised myself.
I learnt a dozen lessons from the June 12 debacle. First, northerners were unfairly vilified in the political crisis that engulfed the nation after the annulment. The narrative was that they did not want Abiola to become president. There was a conspiracy theory that the north wanted to hold on to power by all means. However, the election results did not support this claim. Abiola won nine out of the 16 states in the north while Tofa won only seven. The romantic part of the story was that Abiola defeated Tofa in his home state, Kano, and even in his ward. I do not want to believe it was the Yoruba or southerners in the north that did the magic. That would be a disingenuous claim.
To be sure, I accepted the conspiracy theory then. The north, I mean the “core north”, had so dominated the political landscape that resentment had built up considerably in the south against the “northern oligarchy”. So it was easy to read the annulment as a northern agenda. If you ask my opinion today, I would say there was no conspiracy. I would say the military guys just did not want to let go of power. That is the benefit of hindsight. After all, the previously cancelled primaries had three northerners in the lead: Gen. Shehu Musa Yar’Adua having pocketed the SDP ticket and Alhaji Umaru Shinkafi and Mallam Adamu Ciroma about to face a run-off for the NRC ticket.
The second lesson is that Igbo and Yoruba are not irreconcilable political enemies. Historically, the two dominant southern ethnic groups had appeared to be political rivals fiercely at war with each other — always going in opposite directions in the struggle for supremacy in the Nigerian power game. However, despite the SDP fielding a Muslim-Muslim ticket that held virtually no attraction to the Igbo, they still voted massively for Abiola, a Yoruba. There were four Igbo states then. Although Tofa won in Enugu, Imo and Abia and Abiola won only in Anambra, the total scores provided better evidence: 790,371 to Tofa, 739,748 to Abiola. A mere difference of 50,623 votes!

HONORING MKO
I’m quite happy that President Buhari has followed through on his national recognition of Chief MKO Abiola, winner of the June 12, 1993 presidential election, by making June 12 our Democracy Day and naming the national stadium in Abuja after him. Former President Obasanjo must be livid. For eight years, we begged him to celebrate Abiola but he refused. Yet if Abiola had accepted the annulment of June 12, there would never have been an Obasanjo presidency. He died and Obasanjo became the chief beneficiary. And here is Buhari naming a stadium built by Obasanjo after Abiola! At least, nobody can say Buhari is looking for south-west votes again. Lovely.
CORRUPTION AND POVERTY
One interesting debate we have been having in Nigeria since 2015 is: is our problem corruption or the economy? Many think President Buhari has prioritised fighting corruption above the economy; Mr. Peter Obi, PDP vice-presidential candidate, even said anti-corruption is not an economic policy. Others have argued that without fighting corruption, the economy cannot grow and poverty will worsen. President Paul Kagame of Rwanda has weighed in, pointing out to African leaders that it is not enough to fight corruption – they have to create wealth to fight poverty. Let’s hope President Buhari got the memo. Shared economic prosperity can actually help the anti-corruption war. Deep.
CLEAN SWEEP
Now that the leadership of the All Progressives Congress (APC) has succeeded in installing its preferred candidates as leaders of the national assembly, Nigerians have a right to expect a smoother working relationship between the legislature and the executive — especially for the quick passage of budget. However, a part of me does not believe this is our problem. PDP installed most of its preferred candidates for the 16 years it was in power but that did not make much difference. In fact, the PDP became an opposition to itself. We can only hope that something will change this time around and that Nigerians will indeed see the benefits in form of good governance. Waiting…
MYTH BUSTER
I recently got a WhatsApp broadcast that tried to recreate the murder of foremost journalist, Mr Dele Giwa, via a parcel bomb in 1986. It said the bomb was delivered to Giwa’s son, Billy, by Major Buba Marwa, accompanied by Major Tunde Ogbeha. It said they came in a Peugeot car which they burnt thereafter, and Gen Babangida made Marwa governor of Lagos and “pumped” money into the state. All credible accounts said the bomb carrier used a motorcycle. And why has Billy Giwa not identified Marwa as the courier in 33 years? Meanwhile, Babangida left power in 1993 and Marwa became military administrator in 1996. How did Babangida pump money into Lagos? Phoney.

This perspective news by Simon Kolawole was first published on TheCable.