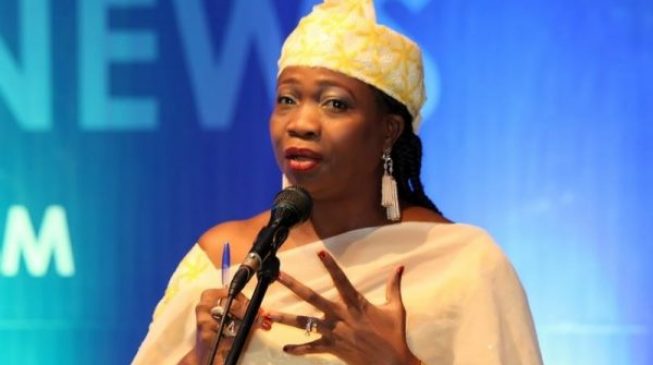 The federal government has issued a warning to Ghana and Togo to stop attacking Nigerians in the countries.
TheCable reports that Abike Dabiri-Erewa, chairman of the Nigerian Diaspora Commission (NIDCOM), made this known while addressing journalists after a meeting with President Muhammadu Buhari at the presidential villa in Abuja.
She said the warning became necessary following the recent attacks on Nigerians residing there.
Dabiri-Erewa called on the foreign countries to protect Nigerians the same way the lives of their nationals are being safeguarded in Nigeria.
“Right now, we are dealing with the issue of attacking Nigerian traders in Ghana. We have the assurances of the President of Ghana through the high commission here and ours in Ghana that Nigerian traders will be protected,” she said.
“So we are also going to be emphasizing that the life of one Nigerian means a lot to us anywhere in the world.
“Of course we have the issue of Ghana, the professor whose appointment was terminated by his university because of the tape he released. Well, it turned out that he didn’t actually record, I mean that was a private meeting with Nigerians in Ghana, it was like a private discussion.

“And he also claimed that part of the tape was actually doctored. The matter is being looked into by the Nigeria high commission in Ghana and I believed those matters will be resolved subsequently.”
Dabiri-Erewa said the Togolese ambassador has been contacted on the issues of attacks on Nigerians in the country.
“And the issues happening around neighbouring countries like Togo. In Togo, we have Nigerians attacked,” she said.
“We have also seen the Togolese ambassador and made it clear that the lives of Nigerians must be protected anywhere they are because we take care of others here and we deserve to be taken care of.
“If a Nigerian commits a crime, let him pay the penalty for it as a punishment, but you cannot penalise a nation and its citizens.
“So we will be working more on that as we appealed to Nigerians to be good ambassadors wherever they find themselves.”
On the case of vandalism in the UK, where a Nigerian damaged some vehicles at the high commission, she said there will be a stakeholders meeting between the Nigerian community in the UK, the high commission, and the immigration unit.
“So, we will be engaging more with the diaspora. Subsequently, we are going to have hotlines for Nigerians in diaspora so that they can contact the commission and we can look into whatever challenges they are facing,” she said.