Twelve injured as another building collapses in Lagos 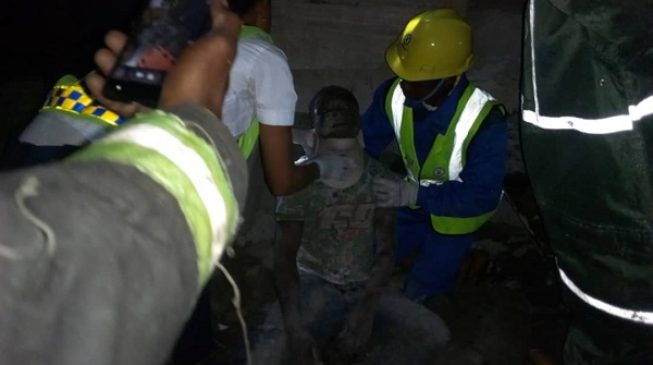 No less than twelve people were injured after the collapse of a three-storey building in Fagba area of Lagos state.
It was gathered that the building, which was under construction, collapsed on Wednesday night, leaving many people trapped in the rubble.
TheCable reports that Olufemi Oke-Osanyintolu, the chief executive officer of Lagos State Emergency Management Agency (LASEMA), confirmed the incident to reporters.
She said there were no mortalities recorded. She also said that victims of the incident are currently undergoing treatment.
“This is just to inform you that a three story building collapsed at K Farm, Fagba, Off Iju Road,” she said.

“It was a building under construction, and people occupying the building have been evacuated and the injured are responding to treatment.
“No mortalities recorded. All the key stakeholders that are important in managing disaster in Lagos are on ground.
“However the building will be pulled to ground zero for safety of the people living in the area.
“All the buildings adjacent or beside the collapsed building will be subjected to solid material testing, for your information.”
The sad incident comes days after eight people were injured after a one-storey building collapsed in the Oshodi area of the state.
On June 13, three people were also hospitalised following the collapse of a storey building under construction in the Magodo area of the state.