Women’s World Cup: Super Falcons beat 20-year jinx to qualify for Round of 16 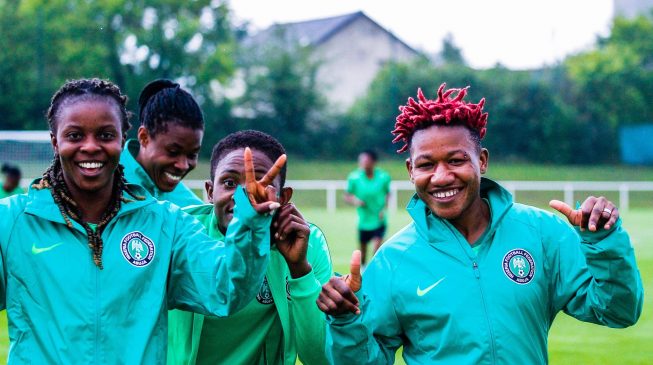 Super Falcons heaved a sigh of relief as the Nigerian side finally qualified for the Round of 16 as one of the ‘four best losers” after 96-hours of wait at the 2019 FIFA Women’s World Cup.
Nigeria finally qualified for the knockout stage twenty-years after missing out on five consecutive occasions.
The last time the Falcons played in the knock-out stage was in the quarter finals at USA 1999 FIFA Women’s World Cup.
TheCable reports that the Super Falcons finished Group A with three points in third spot and were hoping to pick one of the slots available for the third placed teams since their 1-0 loss to France on Monday.

They were given the life line after Chile could only beat Thailand 2-0 in group F match on Thursday night.
However, every side that qualifies from third will be guaranteed to face a group winner in the last 16.
The same format was in place for the 2015 edition in Canada, and that saw all four of the sides who progressed from third spot eliminated in the last 16.
It is first time two African countries will qualify to play in the knock-out round at the FIFA Women’s World Cup.
The Nigerian side will be facing Germany in the Round of 16 match.