‘You’re a global threat’, ‘you’re a stone cold loser’ — Trump and Mayor of London in war of words 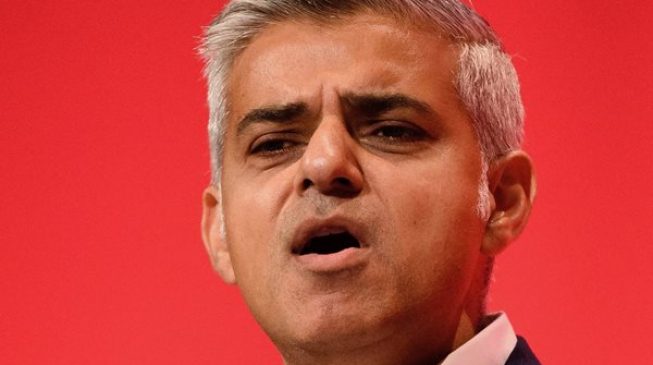 Sadiq Khan, the Mayor of London, and President Donald Trump of the United States have been engaging in a war of words over the latter’s visit to the United Kingdom.
On Monday, Donald Trump and first lady Melania Trump arrived the UK for a three-day visit, where they were received at Buckingham Palace by Queen Elizabeth II, Prince Charles and Charles’ wife Camilla, the Duchess of Cornwall.
Criticising the visit in an op-ed for the UK Guardian newspaper, TheCable reports that Khan wrote that Trump was an increasing threat to global peace.
“Donald Trump is just one of the most egregious examples of a growing global threat. The far right is on the rise around the world, threatening our hard-won rights and freedoms and the values that have defined our liberal, democratic societies for more than seventy years,” Khan wrote.
He said Trump and other far-right politicians “are intentionally pitting their own citizens against one another, regardless of the horrific impact in our communities”.

Trump took to Twitter to call out the London Mayor — in his predicted manner.
“Sadiq Khan who by all accounts has done a terrible job as Mayor of London, has been foolishly ‘nasty’ to the visiting President of the United States, by far the most important ally of the United Kingdom,” Trump tweeted.
“He is a stone cold loser who should focus on crime in London, not me. Kahn reminds me very much of our very dumb and incompetent Mayor of NYC, de Blasio, who has also done a terrible job – only half his height.
“In any event, I look forward to being a great friend to the United Kingdom, and am looking very much forward to my visit.”
On Tuesday, the US President is scheduled to meet with Theresa May, the outgoing British Prime Minister, before travelling on Wednesday to Portsmouth, on the south coast of England, and on to Paris, France.