Akiolu: Obasanjo is deceptive, he is Nigeria’s main problem 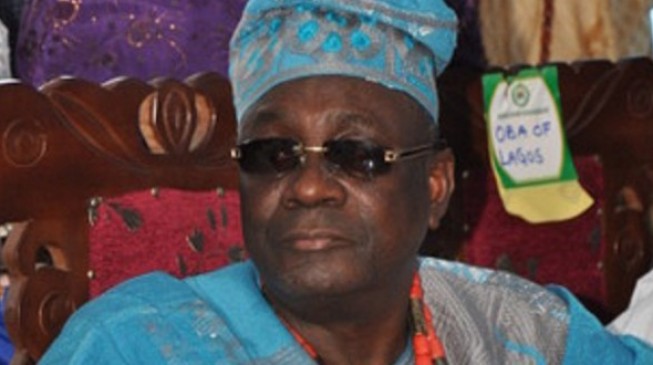 Rilwan Akiolu, oba of Lagos, says former president Olusegun Obasanjo is the main problem with Nigeria.
Akiolu spoke during the public presentation of ‘Battlelines: Adventures in Journalism and Politics’, a book by Segun Osoba, ex-governor of Ogun state.
The Lagos monarch was commenting on the controversial pact between the Alliance for Democracy (AD) governors and Obasanjo, who was seeking a second term on the platform of the Peoples Democratic Party (PDP) in 2003.

Making reference to a section of the memoir where Osoba claimed that Obasanjo deceived the governors, TheCable reports that Akiolu said he has always believed that the elder statesman is “deceptive”.
He said he was happy that Bola Tinubu, a national leader of the All Progressives Congress (APC), did not fall into ‘Obasanjo’s trap’ and was able to win his re-election.
“I advised Tinubu not to cooperate with Obasanjo. I said, don’t trust a soldier. The main problem we have in Nigeria is Obasanjo,” Akiolu said.

Also speaking at the event, Bola Tinubu, former governor of Lagos state, advised Nigerians to work for national unity.
“Instead of using our diversity for prosperity, we have continued to use it for division, either of tribe or religion. Let’s stop it.”
The event was attended by Vice-President Yemi Osinbajo; Tinubu; Senate President Ahmad Lawan; Seriake Dickson, Babajide Sanwo-Olu, Kayode Fayemi, Rotimi Akeredolu, governors of Bayelsa, Lagos, Ekiti, Ondo respectively, former governors, ministers, diplomats and traditional rulers.