Algeria look like the best team at AFCON 2019, says Troost-Ekong 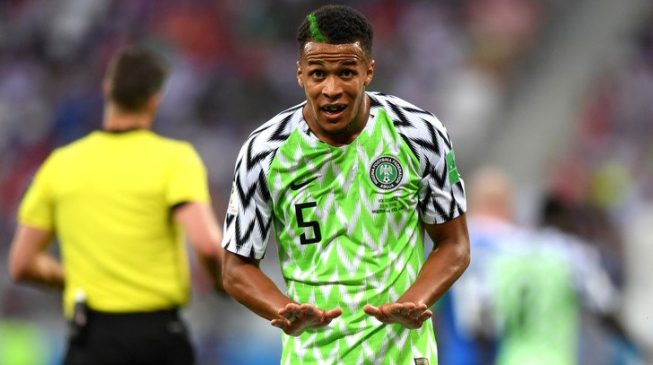 William Troost-Ekong says Nigeria’s next opponent look like the best team at the African Cup of Nations (AFCON) 2019.
TheCable reports that Troost-Ekong, who scored one minute from time to send Eagles to the semifinal for the first time since they were crowned champions in 2013, however, added that his dream is to win the 2019 Africa Cup of Nations trophy.
Speaking with TheCable in Cairo, he expressed his happiness over scoring the match winner for the Eagles against South Africa in the AFCON quarter-final but place more emphasis on the team’s victory.

“Yes, amazing. I dreamt about moments like this. But of course, I also dream of winning the tournament as well,” Troost-Ekong told TheCable.
“I am happy that I could make a difference this time. But I don’t really care who scored the goal but for the team to get to the next round.”
Troost-Ekong believes Algeria is the best team in Egypt but would prefer to not to say who he preferred the Eagles to face in the semis.
“I think Algeria look like the best team in this tournament so far but Ivory Coast is a giant in African football as well. But I think I will answer the question of what I think about the Nigerian team now because I know that we have solidly improved.
“We are looking more competitive but we’ll show them respect the same way we showed Cameroon and South Africa.”
The Udinese center-back who scored his maiden goal at the AFCON revealed to TheCable that the Eagles underdog tag made the team spring surprises on opponents at the ongoing African football showpiece.
“As a young team, I prefer the underdog role so that we can always surprise people,” he added.

Nigeria became the second team (after Senegal) to reach 2019 Total Africa Cup of Nations semifinal after defeating South Africa 2-1 at the Cairo International Stadium on Wednesday night.
Super Eagles have reached the semifinals in 15 out of the 18 AFCON they have participated in.
The Super Eagles will now face Algeria at the semis on Sunday by 8pm Nigerian time.