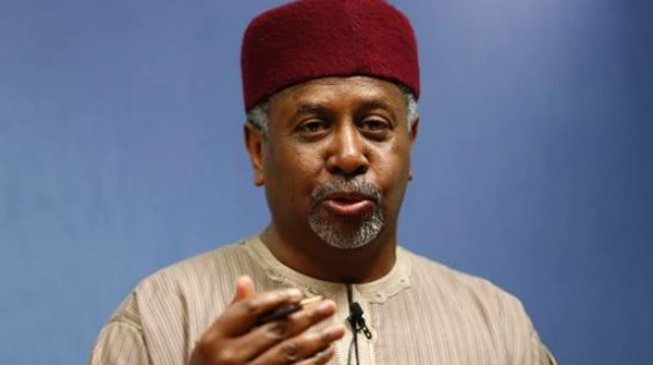 The court of appeal sitting in Abuja has granted Sambo Dasuki, former national security adviser (NSA), a N100 million bail, TheCable reports.
In a certified true copy (CTC) of a judgement dated July 10 and seen  by TheCable, the appellate court asked the retired colonel to provide sureties in like sum.
The suit marked CA/A/806/2018 has the director-general of Department of State Services (DSS), and attorney-general of the federation (AGF) as respondents.

Dasuki has been in detention since 2015, despite being granted bail by different courts.  In July 2018, Ijeoma Ojukwu, a judge of a federal high court in Abuja, granted the ex-NSA N200 million bail with two sureties.
The judge had held that the sureties must either be civil servants of grade level 16 in the federal civil service or private citizens who have landed properties in the municipal areas of Abuja.
However, while ordering his release, the appeal court reviewed the bail conditions, saying his sureties must be resident within the jurisdiction of the court.
The court said they must depose to affidavits with recent passport photographs affixed to them.
“Each of the sureties shall furnish evidence of ownership of property in the Federal Capital Territory (FCT) worth N100,000.00,” the judgement read.
“Where there is need for any interview with the Applicant by the Respondents in respect of those allegations, the Appellant shall not be detained and such interview shall be conducted on working days only, between 9.00 hours to 18.00 hours.
“The International passport of Applicant shall remain with the Deputy Chief Registrar of the court below for the time being.
“When those conditions are complied with, the Chief Registrar or Deputy Chief Registrar of the court below shall notify the respondents to that effect and the Applicant shall be released forthwith from custody of respondents.

“The Appellant shall he paid the sum of five million naira (5,000,000.00) compensation by the respondents for his unlawful arrest and detention in consonance with section 35(6) of the Constitution of the Federal Republic of Nigeria (as amended).”
The ex-NSA has been accused of diverting funds meant to tackle the insurgency, an allegation he denied.