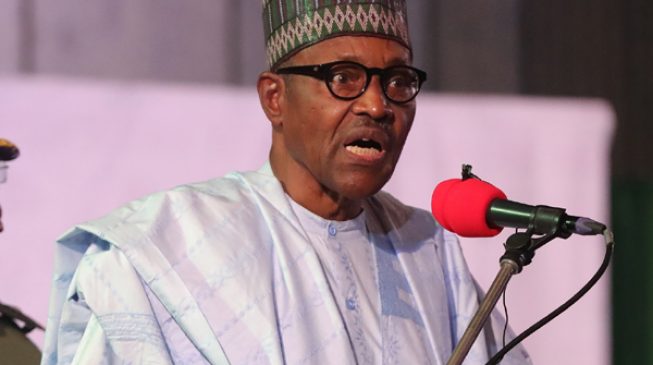 President Muhammadu Buhari’s military course mate has told the presidential election tribunal that the army did not ask them to submit their certificates during enlistment.
TheCable reports that Paul Tarfa, a retired major general, made the submission on Tuesday while testifying as Buhari’s first defence witness in the petition challenging the president’s re-election.
ADVERTISEMENT
The whereabouts of the president’s academic records have been a source of debate.
Buhari had failed to submit the credentialsto Independent National Electoral Commission (INEC) ahead of the elections, claiming that all his academic qualification documents “as filled in my Presidential form, APC/001/2015 are currently with the Secretary of the Military Board”.
But while being cross-examined by Yunus Usman, counsel to INEC, Tarfa said while he enlisted in the Nigerian army alongside Buhari in 1962, they were never asked to submit their certificates.
When asked if “you and other course mates were asked to hand over your certificates to the Nigerian army during your enlistment;” PUNCH quoted Tarfa as replying, “there was nothing like that”.
He was, however, said to have confirmed that Buhari passed the examinations in flying colours.
In a related development, Abba Kyari, the president’s chief of staff, also told the tribunal that no certificate was listed on the president’s curriculum vitae.
Kyari, who testified as Buhari’s third defence witness, was quoted as saying he personally obtained the president’s documents from Cambridge University.
He said he has known the president for nearly 40 years adding that they have been communicating in English language.
He testified that the Cambridge documents were ‘assessments’ and that the diploma in Strategic Studies which Buhari is said to have obtained was not listed in the president’s CV.
ADVERTISEMENT
Among the grounds which Atiku Abubakar, the presidential candidate of the Peoples Democratic Party (PDP), is challenging Buhari’s re-election was that he does not have the academic qualifications necessary to contest for president.