Baru: I have sacrificed 45.6% of my terminal benefits for NNPC pensioners 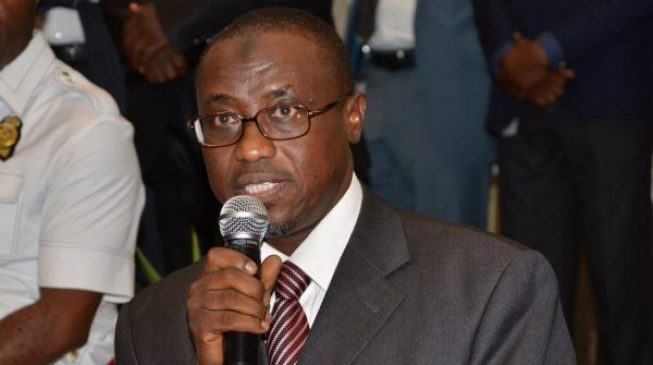 Maikanti Baru, immediate past group managing director (GMD) of the Nigerian National Petroleum Corporation (NNPC), says he has sacrificed 45.6% of his terminal benefit for the corporation’s pensioners.
Speaking at his valedictory speech in Abuja, on Monday, TheCable reports that Baru said he lost N1.5 million to the deliberate sacrifice.
He commended the efforts of other officers who worked with him during his tenure.
Commending Isiaka Abdulrasaq, the chief financial officer of the corporation, for sharing his vision in making the earnings of pensioners better, Baru said: “You keep reminding me that I took an undertaking that our pensioners must not be handed over to other PFAs, and as such the almost N200 billion pension gap that was a good bait to stop the continuation of the closed pension fund scheme that we operate is hanging over our neck,” he said.

“PENCOM was around the corner to severe us and send retirees into oblivion and consistently you drew up the programme and N198 billion was fully paid off last year and the gap is closing.
“You are able to see my vision in saying that some of our pensioners that were earning about one thousand naira because of the time they retired and some less than five thousand naira, that we should bring alms home by inviting some of those that are earning much more to do sacrifices, earn scheme, whereby to weeks ago, you were able to get most of the high earners into one room and 90% of them agreed. A serious cut had to be done in order to spread some of their earnings down to those in lower ranks.
“In NNPC, we always pay above minimum wage, and as such, we are able to convince those high earning retirees to shed off some weight and make sure that no pensioner from NNPC, from 1st of this month, earns less than N50,000 in a month.
“This was not a small sacrifice, I was the greatest victim of all these because I lost 45.6% of my terminal benefits to the sacrifice and I am also losing N1.5 million from my monthly stipend.”
Mele Kyari was appointed as Baru’s successor.