Bloodthirsty murderers must be arrested, says Akeredolu on death of Fasoranti’s daughter 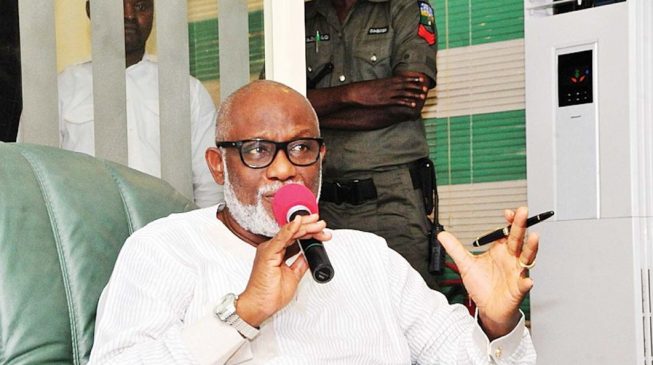 Rotimi Akeredolu, governor of Ondo state, has described the killing of Funke Olakunrin, daughter of Reuben Fasoranti, Afenifere leader, as unacceptable.
Olakunrin was shot dead at Ore in Ondo state on Friday. She was said to be heading to Lagos from Akure, capital of Ondo.

Afenifere has blamed the incident on herdsmen, citing witnesses.
In a statement issued on his behalf by Donald Ojogo, Ondo commissioner for information, TheCable reports that the governor said the incident has again heightened the level of fear that has pervaded the country.
“This sad development once again, heightens the level of fear that has pervaded our nation, even as it represents a despicable commentary in all ramifications,” he said.
“To say the least, it represents an unenviable turning point, the depth of everything that is evil. On behalf of the state executive council, the governor symphatises with our foremost leader and indeed the people of the state over this dastardly act .

“However, the governor wishes to appeal to all and sundry to remain calm and allow the Police to unravel the perpetrators of this murder. Already, the commissioner of police has been directed to comb all forests of Ondo state to bring to book, these bloodthirsty murderers. There is no hiding place for such in Ondo state.”