Boris Johnson to replace Theresa May as UK prime minister 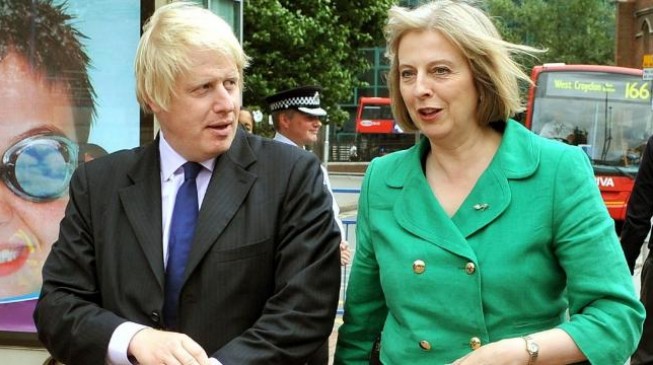 Boris Johnson, former Mayor of London and controversial former foreign secretary, has been elected as the leader of the UK Conservative Party and will assume the role of prime minister.
TheCable reports that the former journalist has received the full support of outgoing prime minister Theresa May, whom he once served as a member of her cabinet.
ADVERTISEMENT
“Many congratulations to @BorisJohnsonon being elected leader of @Conservatives– we now need to work together to deliver a Brexit that works for the whole UK and to keep Jeremy Corbyn out of government. You will have my full support from the back benches,” May tweeted.
He has been the MP for Uxbridge and South Ruislip since 2015, and was the MP for Henley from 2001 to 2008.
He was Mayor of London from 2008 to 2016, and from 2016 to 2018 he served as foreign secretary until he resigned following plans to whittle down his power in British politics.
Johnson, a pro-brexit politician, defeated Jeremy Hunt, secretary of state for foreign and commonwealth affairs since 2018.
Hunt is seen as May’s preferred candidate.

Jeremy Corbyn, leader of the Labour Party has said Johnson may have won the election — but he has not won the support of the country.
“Boris Johnson has won the support of fewer than 100,000 unrepresentative Conservative Party members by promising tax cuts for the richest, presenting himself as the bankers’ friend, and pushing for a damaging No Deal Brexit,” Corbyn tweeted.
ADVERTISEMENT
“But he hasn’t won the support of our country.  Johnson’s No Deal Brexit would mean job cuts, higher prices in the shops, and risk our NHS being sold off to US corporations in a sweetheart deal with Donald Trump.
“The people of our country should decide who becomes the Prime Minister in a General Election.”