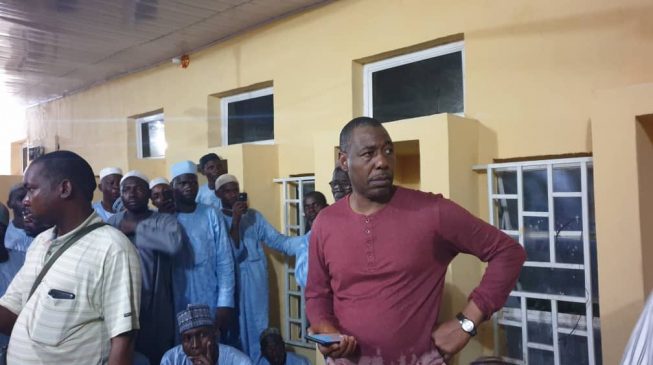 Babagana Zulum, Borno state governor, did not meet any doctor on duty when he paid an unscheduled visit to some hospitals in Maiduguri, the state capital, on Tuesday.
The governor was said to have visited the hospitals around 1am to inspect the condition of patients and the facilities.
ADVERTISEMENT
At the Umaru Shehu Ultra-Modern Hospital, Zulum was said to have been shocked as he did not meet any medical doctor on duty.
“When the governor made a phone call to about 10 doctors on duty to ask why they were absent, none picked the calls,” a government official said.
The hospital with about 135 medical staff only had 10 nurses on duty, while the 19 resident doctors were nowhere to be found.
Zulum was said to have expressed dissatisfaction at the poor service delivery to the patients he met at the state medical facilities.
At the state specialists’ hospital, a few doctors were available at 2am when the governor visited. 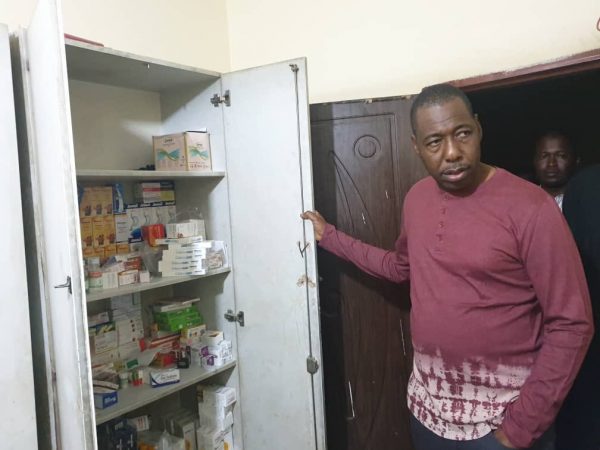 The governor’s unscheduled visit was said to have caused panic among medical workers in the state as the chief medical director of the Umaru Shehu Ultra-Modern Hospital was reportedly queried over the absence of doctors on duty.
A MOVE TOWARDS CIVIL SERVICE REFORM?
During his campaign, the governor had said he would not condone indiscipline, especially in the state civil service.
After his inauguration in May, the governor embarked on a tour of the state secretariatand met three out of 12,000 workers on duty.
“I came to the secretariat at about 8:30am, the secretariat contains almost 12,000 staff unfortunately not more than 3 staff were on ground, at about 9:45am only 135 resumed office,” the governor had said.
A STATE IN HEALTH CRISIS
Borno, the epicentre of the Boko Haram insurgency, has been battling with health crisis ranging from cholera outbreak to malnutrition and malaria.
According to the United Nations Office for the Coordination of Humanitarian Affairs (OCHA), Maiduguri hosts more than one million internally displaced people (IDPs) with inadequate access to healthcare delivery.
ADVERTISEMENT
A 2018 United Nations Children’s Fund (UNICEF) report on the cholera outbreak in the state estimates that 7 million people need health assistance and 60% of health facilities are not performing at an optimal level.