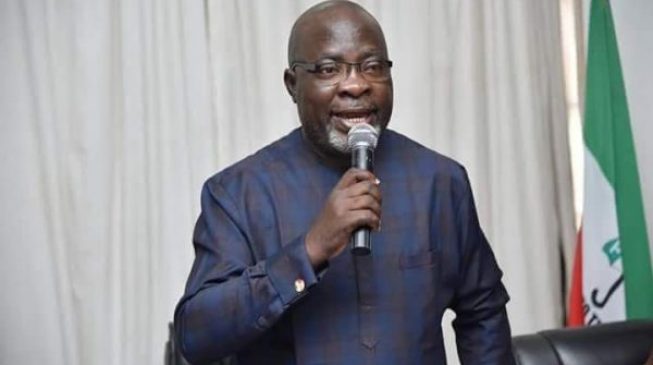 The Peoples Democratic Party (PDP) says the ministerial list of President Muhammadu Buhari is an indication there is no hope for Nigerians.
The list, which was read at the senate plenary on Tuesday, has 43 nominees.
In a statement on Tuesday, TheCable reports that Kola Ologbondiyan, PDP national publicity secretary, described it as “uninspiring.”
ADVERTISEMENT
He said it is a sign that there is no hope for a better Nigeria under the All Progressives Congress (APC)-led government.
The spokesman said “the list is replete with incompetent individuals who failed in their erstwhile ministerial assignments and left their ministries in a shambles.”
He added that the list had no space for youth who constitute majority of the country’s population.
“Indeed, such a ministerial list can only come from a leadership that does not have mandate of the people. It is a complete waste of time and cannot fulfill the expectation of Nigerians,” the statement read.
“The list has further shown President Buhari and APC’s insensitivity and disdain for Nigerians and it does not in any way reflect their hope and eagerness for a better Nigeria.
“Furthermore, in recycling failed yesterday’s men for today’s assignment, President Buhari and the APC have left no one in doubt that they have no vision to move our nation out of the economic and security predicaments into which they have plunged us in the last four years.
“A committed and responsive leadership would have widely consulted with Nigerians before compiling a ministerial list, given the current situation in the country.
“If, indeed, President Buhari and the APC mean well for Nigerians and are interested in revamping our critical sectors, they would not have ended up with a list of those who will help conceal the huge corruption in the Buhari administration in the last four years, as well as those who will assist in channeling funds to individuals and groups used by the APC to rig the 2019 presidential election.
“Strangely, the list has no space for the youths demography, those to whom the future is said to belong.”
ADVERTISEMENT
Ologbondiyan said the country’s only hope lies in the retrieval of its mandate by Atiku Abubakar, its presidential candidate during the 2019 presidential election.
The senate will commence screening of the nominees on Wednesday.