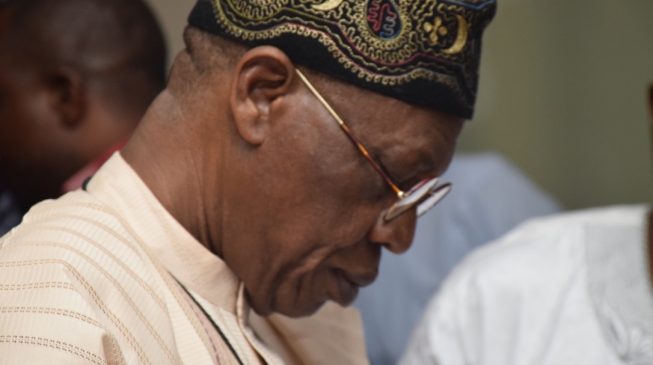 A high court in the federal capital territory (FCT) has granted the application of the Independent Corrupt Practices and other related offences Commission (ICPC) to list Lai Mohammed, former minister of information, as witness in a “N2.5 billion fraud case”.
The anti-graft agency is prosecuting Ishaq Kawu, director-general of the National Broadcasting Commission (NBC), for alleged abuse of office and money laundering.
TheCable reports that Kawu and two other individuals – Lucky Omoluwa and Dipo Onifade, chairman of Pinnacle Communications – have been accused of misappropriating N2.5 billion in the Digital Switch-Over (DSO) programme.

ICPC filed a 12-count in respect of the allegations.
At the last adjourned date, Alex Izinyon, counsel to Omoluwa and Onifade, had filed a motion prohibiting the prosecution from listing Mohammed and Shuaibu Sabo, a bureau de change operator, as additional witnesses.
At the court on Thursday, Abayomi Oyelola who held the brief for Iziyon, announced withdrawal of the motion opposing the list of additional witnesses by the ICPC.
Folashade Ogunbanjo-Giwa, the judge, then struck out the application.
On his path, E. A. Shogunle, ICPC lawyer, said the prosecution could not verify the address of the surety to the first defendant (Kawu) because there was an error in the house number provided in the bail bond.
The judge then held that since the prosecution had withdrawn the counter affidavit to the motion, the travel documents of all the defendants should be released to them.
She ordered that the defendants be given their international passports in the custody of the deputy chief registrar (DCR) and be allowed to travel within the time they stipulated in their motions.
The judge also ordered that the defendants should return the traveling documents to the custody of the DCR upon their return not later than September 25.
She then adjourned the matter till October 2.