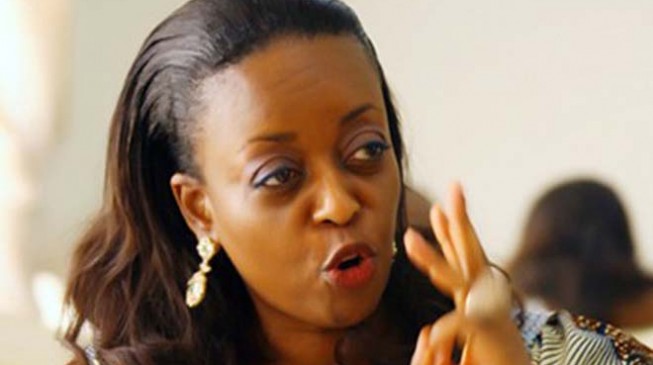 A federal high court in Lagos has ordered the forfeiture of jewellery and a customised gold iPhone, belonging to Diezani Alison-Madueke, former minister of petroleum resources.
TheCable reports that the Economic and Financial Crimes Commission (EFCC) valued the items at $40 million.
At the court on Friday, Nicholas Oweibo, a judge, ordered the temporary seizure of the items following an ex parte application moved by Rotimi Oyedepo, lawyer for the EFCC.

He had said the application, which had Alison-Madueke as the only defendant, was filed in pursuant to section 17 of the advance fee fraud and other related offences act no. 14, 2006.
According to the schedule attached to the application, some of the 1,897 pieces of jewellery, categorised into 33 sets, are “419 bangles; 315 rings; 304 earrings; 267 necklaces; 189 wristwatches; 174 necklaces and earrings; 78 bracelets; 77 brooches; and 74 pendants.”
The anti-graft commission said it found and recovered the items in the premises of Alison-Madueke, adding that it suspected that the former minister acquired them with “proceeds of unlawful activities.”
Oweibo ordered EFCC to publish the forfeiture order in a national newspaper “for the respondent or anyone who is interested in the property sought to be forfeited to appear before this honourable court to show cause within 14 days why a final forfeiture order of the said properties should not be made in favour of the Federal Government of Nigeria.”
The judge adjourned the matter till August 23, 2019.
The ex-minister has been accused of corruption, an allegation she denied.
In 2017, Ibrahim Magu, acting chairman of EFCC, said the agency recovered $43 million from her.