Despite public apology, Senator Abbo pleads not guilty to assault 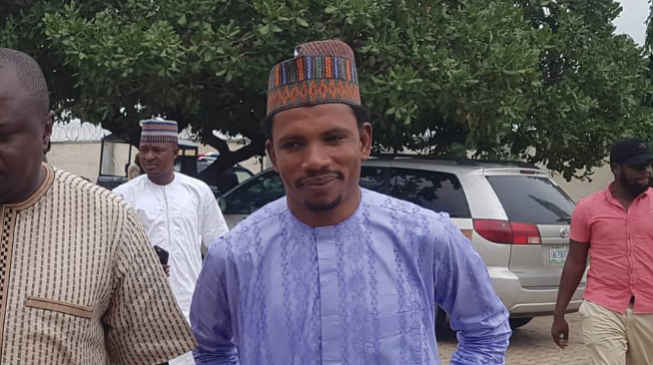 Elisha Abbo, senator representing Adamawa north, has pleaded not guilty to a one-count charge of assault filed against him by the police.
The lawmaker was arraigned at a magistrate’s court in Zuba, federal capital territory (FCT), on Monday.
TheCable reports that Abdullahi Ilellah, a senior magistrate, granted the lawmaker a N5 million bail  and two sureties in like sum.
Ilellah also ruled that the sureties must have verifiable addresses within the FCT.
The case was adjourned till July 22 for hearing.

Abbo was arraigned by the police for assaulting a woman at a sex toy shop in Abuja. He initially claimed he was also attacked at the shop, arguing that the video was doctored.
But following a backlash, he tendered an apology describing himself as an ambassador of Christ.
On Thursday, the surrendered to the FCT police command and was grilled for hours, spending the night in custody.
Abbo risks a three-year jail sentence if convicted of assault.
The criminal code act (2004) reads: “Any person who unlawfully assaults another and thereby does him harm is guilty of a felony, and is liable to imprisonment for three years.