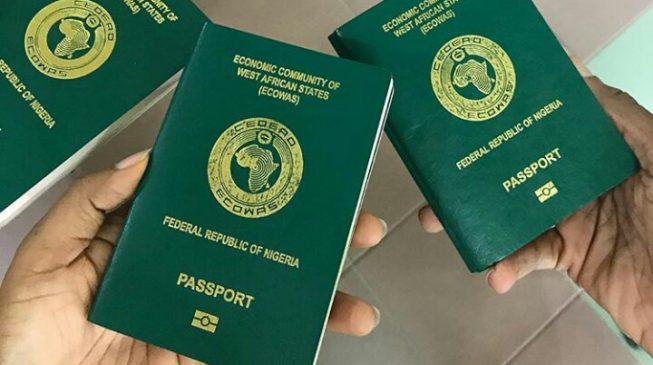 President Muhammadu Buhari has cancelled all e-passport printing contracts abroad, saying that it will now be the sole responsibility of the Nigerian Security Printing & Minting Company (NSPMC).
TheCable reports that Femi Adesina, special adviser to the president on media and publicity, made this known in a statement released on Thursday.
This new directive means all existing contracts concerning printing passports and other documents will not be renewed.

The Nigerian Security Printing & Minting Company (NSPMC), popularly known as The Mint, was established in 1963 and was saddled with the responsibility of printing the nation’s currency and security documents for ministries, departments and agencies of government, banks and other blue-chip companies.
At inception, the Mint was the largest banknote and security documents specialist printing company in West Africa until its performance dwindled.
After his appointment as governor of the Central Bank of Nigeria (CBN), Godwin Emefiele set new targets for the company including zero importation of currency which has been achieved since 2014.
Speaking on the company, Abbas Umar Masanawa, the managing director, said: “The Mint has returned to profitability. From a moribund organization with heavy losses, the company grew from a loss position of N14.6 million in 2014 to a profit of N14.3 billion in 2018. Turnover also grew from N17.8 billion in 2014 to N61.4 billion in 2018.