Ganduje: Movement of herdsmen to the south should be banned 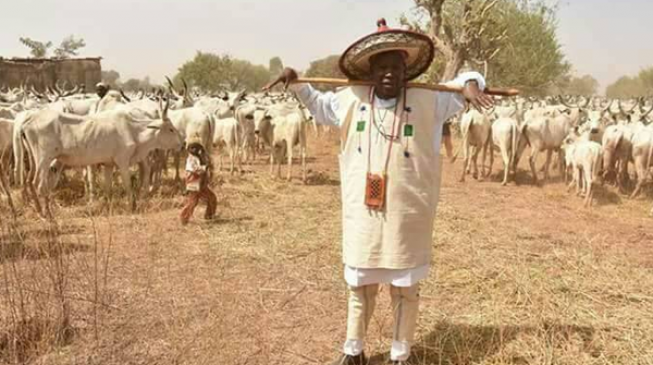 Abdullahi Ganduje, governor of Kano state, says seasonal movements of herdsmen from the north to central and southern parts of the country should be banned.
TheCable reports that Ganduje said this on Saturday while fielding questions from journalists after attending the wedding of the son Kabiru Gaya, senator representing Kano south.
ADVERTISEMENT
The governor said if their movement is not banned, “the Fulani will continue to suffer and the security problem in the country will continue.”
He said the Ruga programme is for states that could cater for the Fulani, adding that it “should be a socio-economic issue not a socio-cultural problem.”
“There is no better way to improve their lives if you don’t prevent their migration from the north to the central and Southern parts of Nigeria,” he said.
“That movement should be banned, otherwise the Fulani would continue to suffer and the security problem in the country would continue.
“We cannot ask a state to implement Ruga where the indigenes are not Fulani. It is for states that can cater to the Fulani and improve their herdsmanship
“That is why we are developing grazing area or Ruga in Kano State so that the Fulani can be in one place, they can be educated and enjoy all the social services like other people of the state, including health, justice and security.
“So that the type of herdsmanship they are doing will be improved and they can produce more cows, more milk and prosper economically.”
ADVERTISEMENT
There have been clashes between herdsmen and farmers across the country. This took a new dimension after kidnapping became widespread. Many have blamed the rising kidnappings on herdsmen, an allegation that the Miyetti Allah Cattle Breeders Association of Nigeria has denied.