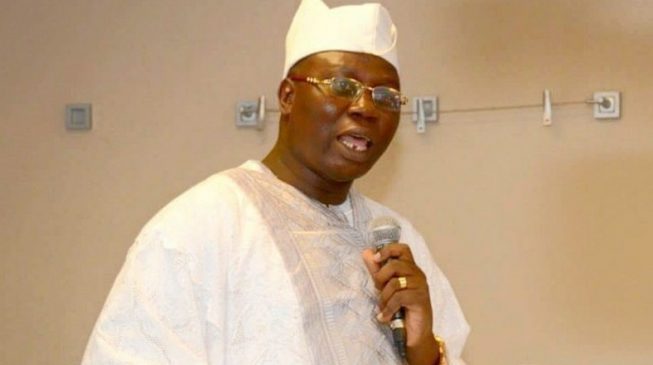 Gani Adams, aare ona kakanfo of Yorubaland, says that the Yoruba tribe will not forgive governors that adopt Ruga settlement, a scheme initially proposed by the federal government to tackle crisis between farmers and herdsmen.
According to Nigerian Tribune, he likened the federal government’s plan for Ruga settlement to an “afonja scenario,” saying the scheme will only contribute to more damage to the country.
The Oodua Peoples Congress leader said that the initiative is a dangerous policy which will drive the country into more chaos.
“Yoruba people had never wanted Ruga. It is unwarranted, needless and a dangerous policy. It is a policy that can break this nation, just as it has overheated the polity,” he said.

“The governor who does that would put himself in problem. It would not even be a four-year or eight-year problem; it would be an everlasting problem. And given the tension this issue generated, the Yoruba, especially, won’t forgive such a governor for life.
“Do you know the Yoruba? We haven’t forgiven those who betrayed us in the 60s. We haven’t forgiven those who betrayed Chief Obafemi Awolowo in the 60s. We haven’t forgiven those who betrayed us in the cause of June 12.”
Culled from TheCable, the aare ona kakanfo also condemned the federal government’s alleged proposal of N100 billion for Miyetti Allah.
He said the President Muhammadu Buhari’s administration is only supporting a wrong plan, as actions of the herdsmen have chased out investors and prevented farmers from going to their farms due to the fear of being kidnapped.
“From the beginning, you would see the way the Federal Government had been making steps. They wanted to give The Miyetti Allah N100 billion; the people rose against it and they stopped it,” he said.
“Now, the issue of giving them communities, spending billions of naira on those locations, making them modern communities is the least. Why?
“We have our farmers in Yorubaland. Even from the bogus budget of the Ministry of Agriculture, they were not giving loans as similar packages. They were discouraging our farmers and running their agricultural system in their area.
“Now, even concerning private initiative, many people want to be involved in agriculture; they want to spend their money, but are afraid that if they go to farm, they (kidnappers) would kidnap them. The way this thing is going, within a period of time, there would be shortage of food. There would be famine in Nigeria.”
Wole Soyinka, Nobel laureate, had also discredited the initiative, saying it “is going to be an explosion if not handled with care.”
Following public outcry, the federal government  suspended the plan to implement Ruga.
Inuwa Yahaya, governor of Gombe state, however, said his administration will proceed with the initiative despite its suspension.
The coalition of northern groups (CNGs) also issued a strong warning to governorswho are opposed to the Ruga settlement programme to reconsider their decision within 30 days.