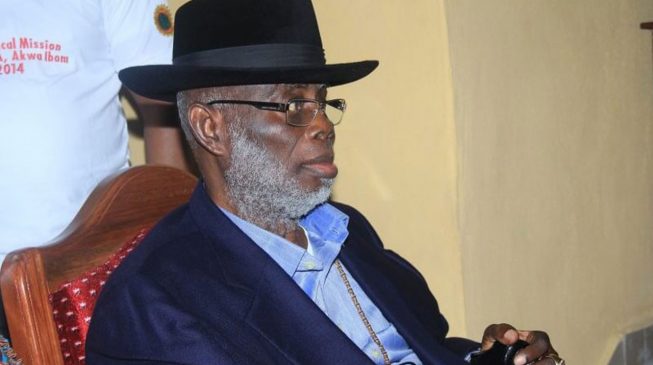 Bernard Oko-Boye, a member of Ghanaian parliament has been accused of conniving with Killian Boampong-Konam, a doctor at the Kotoka airport clinic, to issue a false autopsy on the death of Benson Lulu-Briggs, chairman of Moni Pulo Limited.
Lulu-Briggs’ death since December 2018 has been trailed by controversy with the billionaire’s three sons demanding another autopsy on their father.

According to The Herald, a Ghanaian platform, Oko-Boye who represents Ledzokuku constituency in the greater Accra region, is also a medical doctor and had reached Boampong-Konam, his colleague at the airport clinic, to declare that the 88-year-old Nigerian died through natural means.
Lulu-Briggs’ son said he had become suspicious when officials at the airport clinic where their father allegedly died, including Boampong-Konam, did not report the case to the police at the airport before proceeding to issue a death certificate dated December 28, 2018, a day after pronouncing their father dead.
Culled from TheCable Boampong-Konam reportedly mentioned Oko-Boye to team of investigators from Ghana, Nigeria and Interpol, as the one who called him on phone and pushed him to declare Lulu-Briggs as having died from a natural cause and handed over the corpse to his widow.
Boampong-Konam’s name on the death certificate was allegedly captured as Killian Boampong-Konadu, different from what airport clinic has in its records.
The death certificate was also said to have been issued by Korle-Bu Teaching Hospital where Oko-Boye is the board chairman.
In the letter written through their lawyers to the Ghana police service, Lulu-Briggs’ sons had said: “Col. (Dr.) Attoh, Head of the Department of Anatomy, of the 37 Military Hospital” was to perform the autopsy on their father and the court had also mandated that a sample be made available to the children but “in a rather bizarre twist, the autopsy was conducted by a certain Dr Lawrence Adusei instead of the named Col. (Dr.) Attoh.”
When contacted by The Herald, YaaTiwaa Addo-Danquah, head of the Ghana police criminal investigation department (CID), confirmed the family’s claim that Attoh of the 37 Military Hospital was to do the autopsy and not Adusei of the Korle-Bu Teaching Hospital.
She added that she’s waiting for the autopsy report as investigations were ongoing.

Seinye, Lulu- Briggs’ widow who had travelled with him to Ghana where he was announced dead had been accused of having a hand in his death, an allegation she has denied.