He was killed shortly after returning from Edo, says wife of Nigerian who died in Malaysian custody 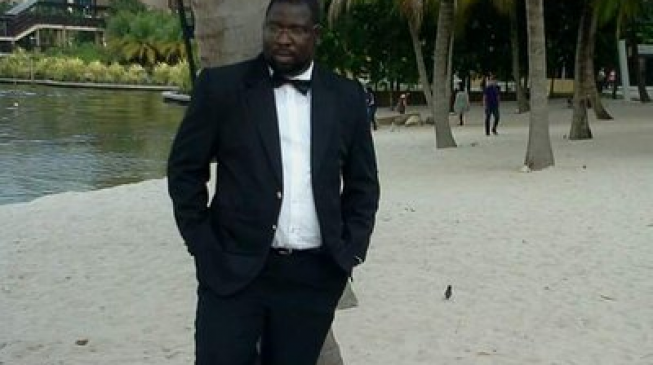 Blessing, wife of Thomas Ewansiha, a Nigerian student who died in custody of Malaysian immigration authorities, has alleged that her husband was murdered.
Ewansiha, 34-year-old doctoral student of management at the Limkokwing University of Creative Technology in Selangor and father of two, was arrested by the immigration officials during a raid on foreigners on July 4.
In a statement on Monday, TheCable reports that she said he was killed shortly after he arrived from a trip to Nigeria.

“Even with a valid visa on him, they took him away and locked him up and the immigration office didn’t inform the school until he died in their custody,” she said.
“Mr. Thomas Orhionsefe Ewansiha, who just visited Edo State, Nigeria, apparently wanted to share the experiences of his visit to Nigeria and deliver some messages from loved ones to his fellow countrymen also living in Malaysia.
“On arrival at the destination, he called his friend who stayed in one of the apartments to meet him at a particular restaurant as he wanted to have his dinner since he came from afar.
“While waiting for his meal, immigration officers in a commando-style operation swooped in on him in what was later discovered to be a raid on the neighbourhood of black immigrants.
“He was shocked, but he remained calm, knowing fully well that he had all his necessary documents and permits intact. Within the commotion that took place, Ori Baba was beaten, manhandled and handcuffed. He was forced to sit on the floor while the immigration officers raided other apartments, finally arresting over 20 black immigrants.
“My husband tried in vain to explain to the mean-looking immigration officers that he had his valid papers on him and was, indeed, a responsible and insurance paying immigrant with no blemish on his record.
“He told them how he came to Malaysia to study, got his B.Sc from Twintech International University College of Technology, Malaysia, M.Sc from Limkokwing University, Malaysia and was doing his PhD at Limkokwing University, Malaysia.”
Blessing said her husband held a valid student visa and had a clean record, yet he was tortured and handcuffed.
She said the death of her husband was suspicious, adding that the family would conduct a fresh autopsy.
“After my husband’s death, he was taken to a hospital where they carried out an autopsy. Both sides of his neck were cut down to his chest and lower abdomen. They tore the upper and lower parts of his body without our consent,” she said.
“No Nigerian, no family member was there. They don’t have any right to do that. It is suspicious and that is why we want to perform a fresh autopsy on him.

“A concerted effort to conceal what really transpired and a grand effort to hide their role in the proximate cause of his death. The immigration officers on raid came in private vehicles and there was nothing to identify them as immigration officers because they were not in uniform.
“They rushed out of their various vehicles, holding sticks and they were chasing Nigerians. My husband’s car was parked close by, so he was about rushing into his car and that was when they held him and handcuffed him alongside other victims.”