Oakeshott! thou shouldst be living at this hour: the world hath need of thee 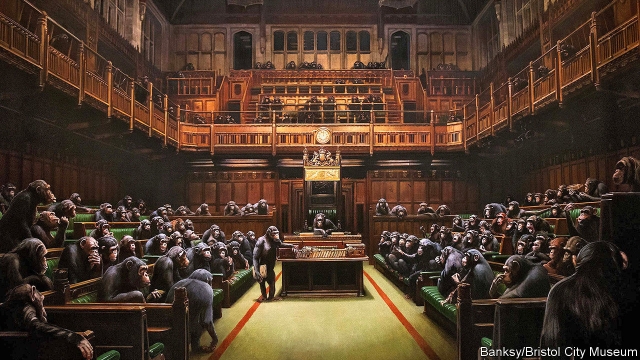 MICHAEL OAKESHOTT is largely forgotten. Even at the peak of his powers, as a professor of political science at the London School of Economics from 1951 to 1969, he was overshadowed by more demonstrative talents of both right and left: Karl Popper, F.A. Hayek and Harold Laski (all more or less contemporaries at LSE). Yet Oakeshott has more to teach us about our turbulent, populist times than the others, let alone the more illustrious names in the Conservative canon.
Oakeshott’s focus was on the conduct of politics itself, with governance.

Unconcerned with the minutiae of policy proposals or manifesto pledges, his work was to articulate a praxis of politics to serve a nation. He was writing at a time when –isms dominated politics. Keynesianism, socialism and central planning had captured the politics of the West, while varying degrees of collectivism and Communism prevailed behind the Iron Curtain. But Oakeshott’s was a rare voice rejecting the received wisdom of the day.


In his most famous essay, “Rationalism in Politics”, published in 1962, he attacked the intellectual conceit that underpins all these –isms, namely the misplaced faith in “rationalism” that stemmed from the 18th-century enlightenment. “To the Rationalist”, Oakeshott wrote, “nothing is of value merely because it exists (and certainly not because it has existed for many generations), familiarity has no worth, and nothing is to be left standing for want of scrutiny.”
Advertisement

By ignoring what he called “practical knowledge”—custom or tradition, as he meant it—the rationalist, armed merely with “technical knowledge”, created the illusion that bureaucrats and governments could solve all problems, whereas, of course, they cannot.


By contrast, Oakeshott enunciated what he called a “conservative disposition”, and this is what makes him especially relevant today. He did not articulate or argue for a particular set of policies to define Conservatism as a doctrine or creed; rather, in his impeccably stylish essay “On being conservative”, he argued that conservatism was much more a habit of mind, a practice of politics.

Culled from The Economist, many Conservative (big C) politicians, on both sides of the Atlantic, have practised this style of politics, as have many politicians from other parties—for the conservative disposition is not confined to one party. It is, in fact, the exact opposite of populist politics. And this is why Oakeshott’s thinking should be urgently re-read by both British Tories and American Republicans before they are irretrievably consumed by precisely those conceits that Oakeshott decried.
What is the conservative disposition?
For a start, Oakehsott was against chasing unicorns, or just throwing out the political playbook. For a politician of this disposition “will find small and slow changes more tolerable than large and sudden: and he will value highly every appearance of continuity.” Hence his famous dictum that the conservative will “prefer the familiar to the unknown…the tried to the untried, fact to mystery, the actual to the possible.” Not for Oakeshott the leap in the dark that is a no-deal Brexit.
Advertisement


Oakeshott, like the Anglo-Irish writer and politician Edmund Burke before him, was not against change, but he was very aware that “innovation entails certain loss” and only “ possible gain”. So “the onus of proof, to show that the proposed change may be expected to be on the whole beneficial, rests with the would-be innovator.”

Furthermore, and even more relevant to the heightened and divisive political debates of this populist era, with pseudo-conservative politicians perpetually on the hunt to find “wedge issues” to slice up an electorate, an Oakeshottian politician requires “a quite different view of the activity of governing.”
Rather, the person of this disposition, he argues, “understands it to be the business of government not to inflame passion and give it new objects to feed on, but to inject into the activities of already too passionate men an ingredient of moderation; to restrain, to deflate, to pacify and to reconcile…And all this not because passion is vice and moderation is virtue, but because moderation is indispensable if passionate men are to escape being locked in an encounter of mutual frustration.”
Sadly, there could no better description of Britain’s Brexit crisis, and the divisions that it has occasioned – an “encounter of mutual frustration.” Governing is described by Oakeshott as a “specific and limited activity”, but one of those very specific activities is to mediate differences, not to widen them.

These virtues of government, as Oakeshott would have termed them, can also be described as the virtues of pragmatism, or indeed statecraft. When admirers of the British system of government and its parliamentary democracy, for instance, complain that the country has gone “mad” over Brexit, this is specifically what they mean, that they no longer discern these virtues in the conduct of British politics. Time is well overdue to rediscover them.
And if Conservatives do not, others certainly will. It bears repeating that the conservative disposition is not confined to a Conservative Party, or to any centre- right party. It can profitably be used by others, and has been in the past.
Clement Attlee, Britain’s post-war Labour prime minister is a perfect example. He is still scorned by the radical left for not touching (that is to say, “reforming”) any of Britain’s ancient institutions, thereby creating the classless nirvana. But this is exactly why he remains the left’s most successful “statesman”, because he understood the temper, as Burke put it, of the electorate. Only a leader who had a news agency ticker-machine installed outside the cabinet room—so that he could get the county cricket scores—could have overhauled as much as he did.

The National Health Service, Attlee’s major project, has endured not so much because it was a “technical” innovation, a grand innovation in the Oakeshottian sense, but because it was merely an extension of an existing, successful institution, the Great Western Railway medical fund service set up in Swindon in the 1890s. “There it was, a complete health service,” acknowledged Aneurin Bevan, darling of the left and ministerial architect of the NHS; “all we had to do was to expand it to embrace the whole country!” This was the conservative disposition at its best, in the employ of the Labour Party.
Oakeshott was the quintessential Englishman. He was born in the Garden of England, Kent, and retired to the dozy village of Langton Matravers on the Isle of Purbeck in Dorset, where he is buried. This is Hardy country, and it is tempting to speculate that his immersions in the shires of post-war rural England fuelled his natural distaste for innovation and thoughtless change, informing and shaping his mature political philosophy.
“We tolerate monomaniacs, but why should we be ruled by them?” asks Oakeshott. That is the question for conservatives, and indeed for anyone in democratic politics. “Is it not”, he continues, the “task for a government to protect its subjects against the nuisance of those who spend their energy and wealth in the service of some pet indignation.”