ICYMI: Buhari has no control over armed forces, says Ezekwesili 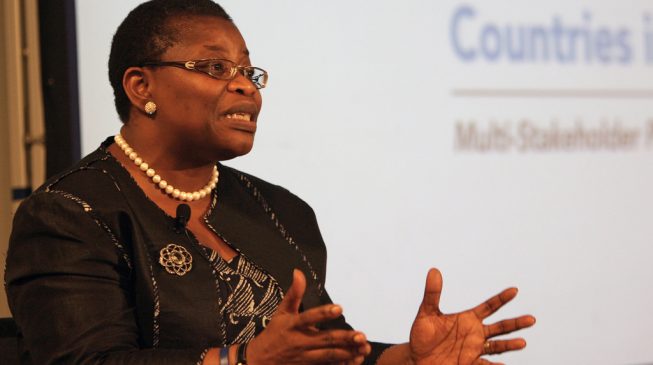 Oby Ezekwesili, former minister of education, says President Muhammadu Buhari is not taking charge of the country’s armed forces.
According to TheCable, she said this in an interview with journalists at the 11th Wole Soyinka Centre Media lecture series, in Lagos, on Saturday.
The event was organised to celebrate the 85th birthday of Wole Soyinka, Nobel laureate.

The former minister said Buhari feels more comfortable in office than finding solutions to the security challenges in the country.
“I think that the president is the commander-in-chief of the Nigerian armed forces. If security is failing in the country, that is the fastest way to assess the incompetence that the president has shown so far to an issue that affects the majority of his citizens,” she said.
“I do not think we should mince words and that is why I am not mincing words. We cannot have a president who is comfortable to be in the office, spending the night at the villa, unconcerned about the type of challenges that we the citizens are facing.”

She was reacting to the murder of Funke Olakunrin, daughter of Reuben Fasoranti, leader of Afenifere, pan-Yoruba socio-political group.