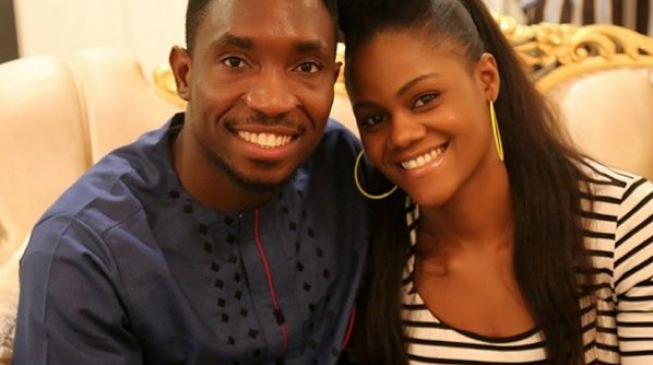 Mohammed Adamu, inspector-general of police (IGP), has ordered a probe into the siege laid to the Lagos residence of Timi Dakolo, Nigerian singer, TheCable reports.
Security operatives had besieged Dakolo’s residence during the weekend “to deliver a letter inviting him and Busola, his wife, over the rape allegations” she levelled against Biodun Fatoyinbo of the Commonwealth of God Assembly (COZA).
The action of the police had sparked reactions, with Aisha Buhari, the first lady, asking the IGP to say no to rape.

ADVERTISEMENT
In a statement on Monday, Frank Mba, police spokesman, said the IGP ordered a “rigorous and discreet scrutiny” into the police operation “to ascertain its conformity with Police Standard Operating Procedure and International Best Practices.”
He added that Adamu also re-assigned the investigation into the rape allegation to Michael Ogbizi, deputy inspector-general of police (DIG) in charge of the force criminal investigation department (FCID).
“The DIG is also expected to take over the investigation of the complaint made by Pastor Biodun Fatoyinbo against the Dakolos in addition to providing a personal supervision to all facets of the investigation to ensure justice and fair-hearing to all the parties, with each case being treated purely on its merit,” Mba said.
“While enjoining the general public and the parties involved in the cases to remain calm and patient, the IGP assures of unalloyed Police professionalism in the matter.”
Dakolo had condemned the siege which he described as “an attempt to abduct myself and my wife for telling the truth.”
He had also accused the police of attempting to intimidate him and Busola.
“All we have asked is for this matter to be duly investigated,” he had said, adding that “I have noted with increasing alarm, how my life, my wife’s life and the lives of our children have been put at risk by unscrupulous persons.”
ADVERTISEMENT
Busola had alleged that Fatoyinbo raped her as a minor, an allegation the pastor denied.