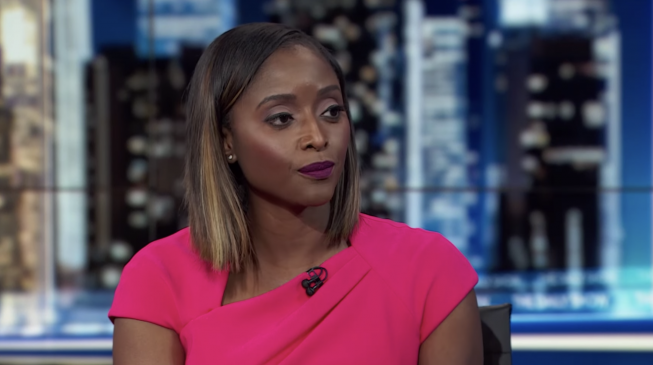 Isha Sesay, a journalist and former correspondent at CNN, says the Nigerian government is just like President Donald Trump of the United States — incredibly sensitive to criticism.
Speaking on The Daily Show with Trevor Noah on Thursday, TheCable reports that Sesay said the government has contacted her after the release of her new book on Boko Haram survivors.
ADVERTISEMENT
Sesay, who reported the abduction and release of the Chibok schoolgirls for CNN, has now written a book on the experiences of the girls in and out of Boko Haram captivity.
Discussing the book, “Beneath the Tamarind Tree”, Sesay said she left her sick mother in a coma to report the return of the girls back to their homes for the first time after some of them were released in 2016.
She said her mother always referred to the girls as “my sisters”, stating how sad she felt about abduction at school, a place of education, which is supposed to be safe.
“The Nigerian government is a bit like Trump, its a bit like President Trump, they are incredibly sensitive to criticism,” she said.
“With that being said, the spotlight being shone on the Nigerian government once more with this book will move them again to re-engage with the story, and that is what I really want.
“The families of the 112 girls feel utterly abandoned by the world, by Nigeria. This book I hope will get people back on social media, social media works.
“If we can generate a groundswell and get back to say you must do more, what are you doing? I want everyone here to use their voice, use their platform to hashtag Nigerian government, bring back our girls, Chibok girls.
“It will move the needle, and I tell you how I know that, because since this book came out, the Nigerian government has reached out to me and said please come, so we can talk about this.”
ADVERTISEMENT
Sesay resigned from CNN after 13 years to focus on Africa, as she wishes most western media would do the same.
For over five years, 112 girls are still in Boko Haram captivity.