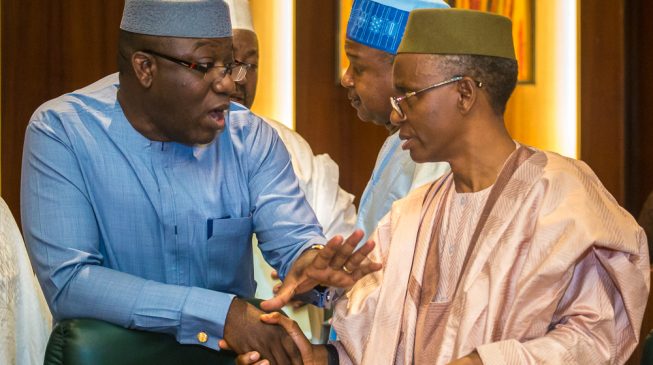 Governors have described as unsustainable, payment of oil subsidy to marketers by the Nigeria National Petroleum Corporation (NNPC).
According to TheCable, the governors called on the federal government to do away with it, saying fuel subsidy is a drain on the nation’s resources.
Kayode Fayemi, chairman of the Nigeria Governors’ Forum (NGF), made the demand when he led a delegation to Mele Kyari, the new group managing director of the corporation.

The NGF chairman said having worked with Kyari when he was minister of mines and steel, he believes that the NNPC GMD is a man of integrity who would deliver on his promises to the nation.
Governors are the latest to oppose fuel subsidy. Last month, Muhammadu Sanusi, emir of Kano, asked President Muhammadu Buhari to end fuel subsidy. He had said “N1.5 trillion on subsidy is N1.5 trillion out of education“.
Six days ago, Stuart Symington, US ambassador to Nigeria, also advised the federal government to get rid of fuel subsidy.