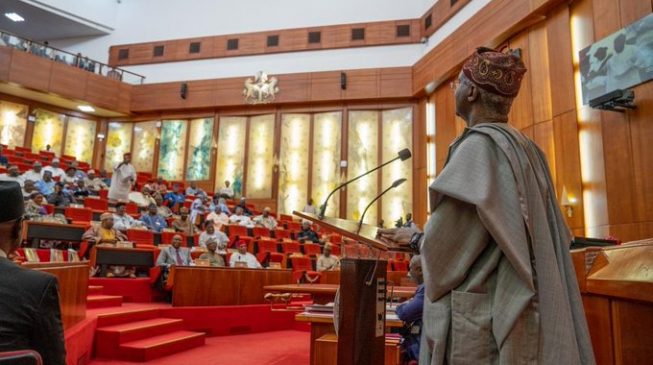 The senate has confirmed all the 43 ministerial nominees of President Muhammadu Buhari.
TheCable reports that the nominees were confirmed after the upper legislative chamber held a hearing on the screening  on Tuesday.
ADVERTISEMENT
Buhari had sent a list of 43 nominees to the senate on July 23.
Senate President Ahmad Lawan had read the letter of the president at plenary after which the senate  suspended its annual recess and conducted the confirmation hearing within five days.