Lai: My grandson once asked why people call me a liar 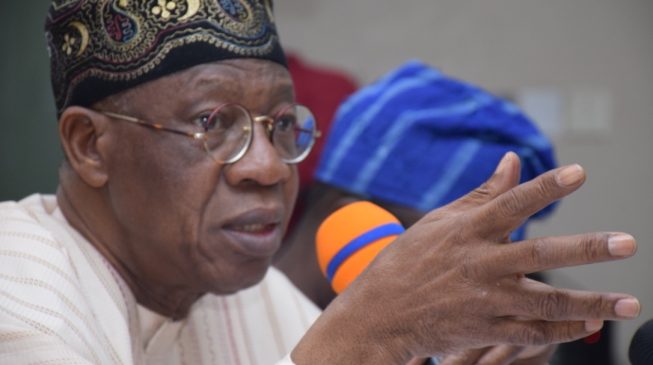 Lai Mohammed, ministerial nominee from Kwara state, says his seven-year-old grandson once asked him why people refer to him as a liar.
Critics of Mohammed, especially on social media, are fond of replacing his first name with “liar”.
ADVERTISEMENT
Speaking when he appeared before the senate for screening on Tuesday, TheCable reports that the former minister of information said he had ignored his critics until his grandson brought the issue to his attention.
“My name as appeared on the CV is my correct name, which is Lai Mohammed. Don’t believe what they say on social media,” he said.
“They call me all sorts of names and I used to ignore it until one day when my seven-year-old grandson called me and said ‘grandpa, tell me the truth, why do they call you lair Mohammed’?
“I looked at him. What do you say to a seven year old? How do you explain politics to him? So I told him don’t mind them, they are bad guys.”
Prior to his appointment as minister in 2015, Mohammed had served as the spokesman of the All Progressives Congress (APC).
He is among the 13 ministers reappointed by President Muhammadu Buhari.
ADVERTISEMENT
Mohammed had submitted himself for questioning at the screening but some senators hailed him as a loyal party man and requested that he should “take a bow and go”, a plea granted by Senate President Ahmad Lawan.