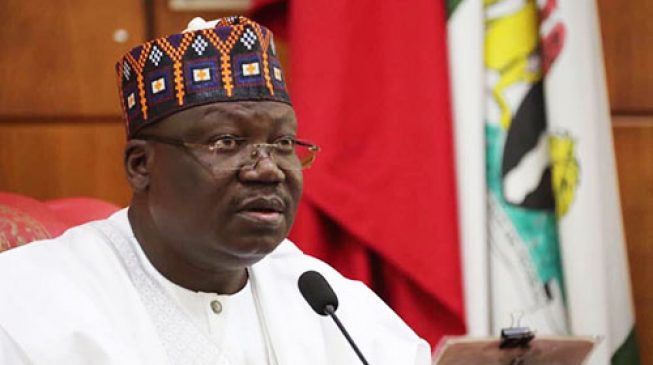 Senate President Ahmad Lawan says the screening of ministerial nominees will commence on Wednesday.
TheCable reports that Lawan said this after reeling out the list on the floor of the upper legislative chamber of the national assembly on Tuesday.
ADVERTISEMENT
The senate president said all other legislative activities would be suspended “for this very important national assignment.”
“The screening of the ministerial nominees will commence tomorrow morning,” he said.
“All other legislative activities will take back stage for this very important national assignment.”
The president sent 43 ministerial nominees for confirmation, of which 12 were in the previous cabinet.
Some of those who made it back are Rotimi Amaechi, ex-minister of transportation; Mohammed Bello, ex-minister of federal capital territory (FCT); and Chris Ngige; ex-minister of labour and employment; and Abubakar Malami, ministe of jutice among others.
ADVERTISEMENT
The likes of Okechukukw Enelamah, minister of trade and investment; Abdulrahman Danbazzau, minister of interior; and Ibe Kachikwu, minister of state for petroleum resources, did not make the list.