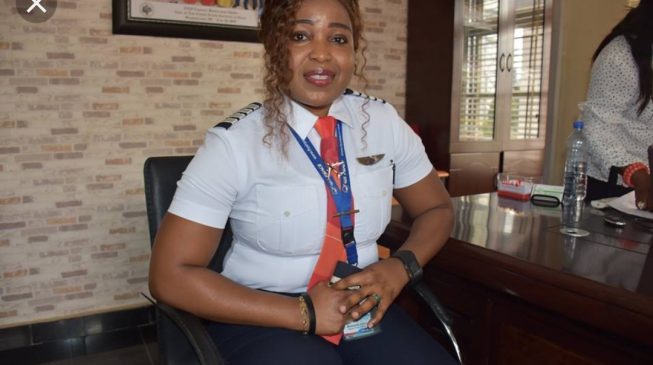 Chesley Burnett “Sully” Sullenberger III (born January 23, 1951) is an American retired airline captain who, on January 15, 2009, landed US Airways Flight 1549 in the Hudson River off Manhattan after both engines were disabled by a bird strike; all 155 people aboard survived, according to Wikipedia. Sullenberger is a speaker on airline safety and has helped develop new protocols for airline safety. He served as the co-chairman, along with First officer Jeffrey Skiles, of the EAA’s Young Eagles youth introduction-to-aviation program from 2009 to 2013.
Sullenberger retired from US Airways after 30 years as a commercial pilot on March 3, 2010. In May of the following year, Sullenberger was hired by CBS News as an Aviation and Safety Expert.


ADVERTISEMENT
He is the co-author, with Jeffrey Zaslow, of the New York Times bestseller Highest Duty: My Search for What Really Matters, a memoir of his life and of the events surrounding Flight 1549, published in 2009 by HarperCollins. His second book, Making a Difference: Stories of Vision and Courage from America’s Leaders, was published in May 2012. He was ranked second in Time’s Top 100 Most Influential Heroes and Icons of 2009, after Michelle Obama, concludes Wikipedia. 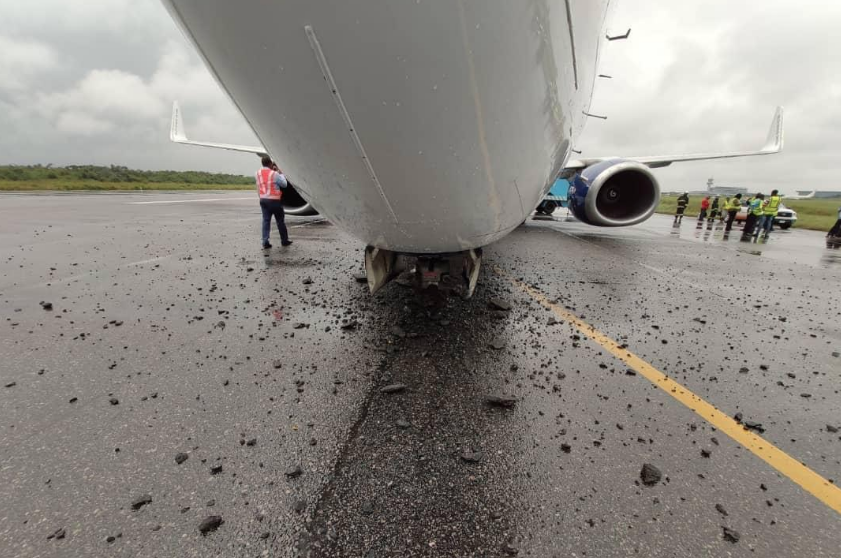 The Murtala Muhammed Airport runway was damaged
Enter Simisola Ajibola, a Nigerian pilot with Air Peace Airlines. She professionally piloted Air Peace Boeing 737 flight from Port Harcourt to Lagos, which, according to reports, crash-landed at the Muritala Muhammad International Airport, Lagos, amid poor visibility and bad weather. The aircraft landed hard, causing the nose wheels to separate from the strut. All 133 passengers and six crew disembarked safely, although there was extensive damage to the runway and plane.
The Air Peace Boeing 737-300, registered 5N-BQO, was performing flight P4-7191 to Lagos from Port Harcourt. According to Planespotters, the aircraft is 21.3 years old and has previously served for a number of other carriers, including Virgin Express, Brussels Airlines and Discovery Air. It entered service with Air Peace in May 2015.
On approach to the airport in Lagos, the pilot reportedly encountered some inclement weather. Due to reduced visibility, she requested to land on the international runway R18, which is longer and wider than the domestic strip.
As reported by the Aviation Herald, the aircraft suffered a hard landing, causing both nose wheels to separate from the nose gear strut. The plane skidded down the runway balanced on its main wheels and the remains of the nose gear strut. It finally came to a halt safely.
All the passengers and crew were evacuated safely, although one person sustained a minor injury. However, the damage to the aircraft and to the runway was substantial.
That is a far as the report can go. Investigations are on-going, the results of which we may never get to know.
Simisola may not be celebrated. She may not be called upon to give speeches, contribute to search for a aviation safety in our country.
She may not write a book, may not be accorded any special recognition by the authorities because this country does not value such professionals who do commendable job.
In fact, many will rather claim her exploits were because of some prophecies or prayers said by one of the ubiquitous churches that pollute our space. Thanksgiving masses will be held by the passengers and, perhaps, by the Ajibolas, whose family, I understand, are that of pilots – her father being one.
Passengers on that flight may claim how they prayed, fasted previously and how their prayers were answered.
I don’t disagree. Prayers are efficacious. And so is professionalism.
I have been in a couple of flights piloted by her. And I can attest to her professionalism. Her landings are usually smooth. And she’s calm and a pleasant lady.


ADVERTISEMENT
Captain Simisola, Nigeria may not celebrate you as America celebrated Sully. But I celebrate you. Your passengers celebrate you. Air Peace celebrates you.
Keep up the good work. And may God continue to guide and protect you.

This report by Fred Chukwulobe was first published on TheCable