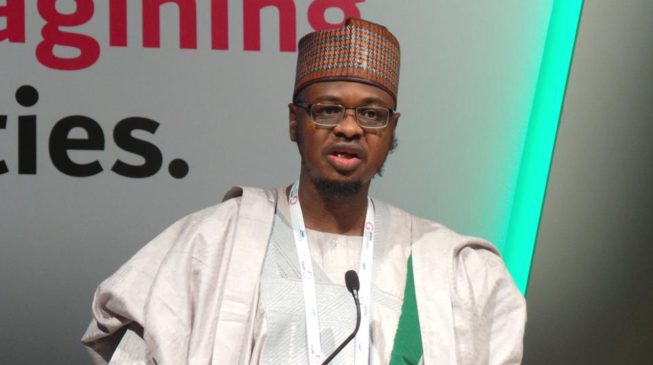 Isa Pantami, ministerial nominee from Gombe state, says investors are scared of coming into Nigeria because the country’s image has been badly portrayed.
Pantami, who is also the director-general of the National Information Technology Development Agency (NITDA), said this when he was being screened at the senate on Friday.
ADVERTISEMENT
He said the government needed to work on improving the image of the country to encourage investors.
Culled from TheCable, the nominee said if positioned and promoted, the information technology (IT) sector could attract investors who would create hubs, employ Nigerians and reduce the rate of unemployment.
“Our image is worse than the reality,” he said.
Pantami said since he assumed office in 2016 as director-general of NITDA, the agency has saved the country over N16 billion.
“We have enforced local content policies which have helped in discouraging procurement of foreign IT products except when we cannot produce such goods in Nigeria,” he said.
“We have increased the number of Original Equipment Manufacturers to 265,000 and established IT hubs in 246 institutions across the country.”
The nominee said the Nigerian Communication Satellite Limited (NIGCOMSAT) would perform better if commercialised.
The director-general said if the organisation is privatised, Nigeria’s security would be put in “private institutions hand.”
ADVERTISEMENT
He added that there is need for the country to embark on digital literacy, advocating that more funds should be voted to the education sector in a bid to tackle the problem of the many children that are out of school.