Northern coalition to Buhari: We’ll hold you responsible if any herdsman is killed in the south 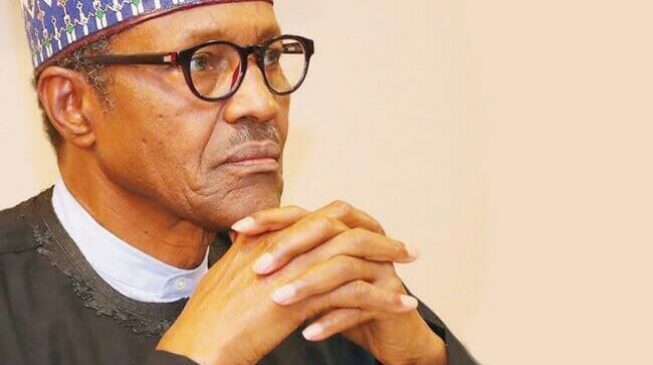 The Coalition of Northern Groups (CNG) says it will hold President Muhammadu Buhari responsible if any northerner is attacked in the south.
Abdul-Azeez Sulieman, spokesman of the group, said this in a statement on Thursday.
According to TheCable, the statement was released after Buhari told herdsmen to disregard a call to vacate the southern part of the country.


ADVERTISEMENT
The Northern Elders Forum (NEF) had asked herdsmen to leave the southern part of the country if their safety is no longer guaranteed.
However, Suleiman accused southern leaders of instigating violence against herdsmen after the murder of Funke Olakunrin, daughter of Reuben Fasoranti, Afenifere leader.
“A meeting with the Northern elders was fixed for Tuesday, 15th July 2019. We went to the meeting with a prepared position which we presented to the leadership of Northern Elders Forum. We highlighted the utterances made by the southern leaders including decisions taken by some notable political, religious and cultural leaders of the south,” he said.
“It is apparent that government’s initial silence throughout the recent weeks when various southern leaders and regional organizations were busy issuing incendiary threats and vituperation against the Fulani and northerners living in the south smacked of discriminatory application of this important constitutional provision.
“It is astonishing that the death of the daughter of an Afenifere chieftain in the hands of unknown assailants, painful as it is, should trigger more robust and timely response than that of the large scale and massive killings being witnessed in the above mentioned northern states.

“CNG wholeheartedly welcomes the assurance given by Mr. President and his government to protect and guarantee the safety of all Nigerians anywhere they are, including the threatened herdsmen in the south. We, however, wish to remind Mr President and the government that northerners would hold them fully responsible should any one of them fall victim of the consequences of the concerns we raised.”