Northern elders ask herdsmen to relocate from the south 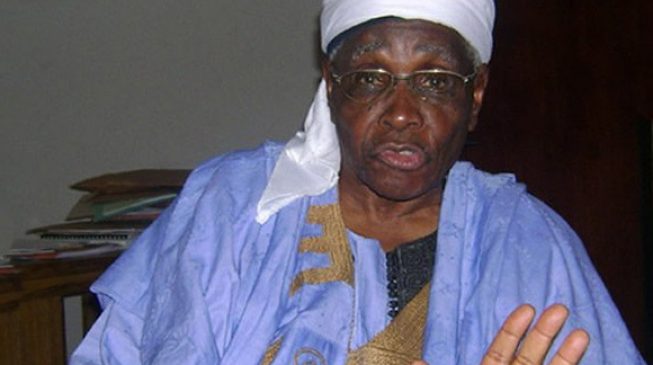 The Northern Elders Forum (NEF) has asked herdsmen to leave the southern part of the country if their safety is no longer guaranteed.
Speaking after a meeting with the Coalition of Northern Groups (CNGs), TheCable reports that Ango Abdullahi, chairman of the forum, said there was a move by some “trouble elements” to harm herdsmen in the southern part of the country.
The coalition had threatened to evict southerners over the federal government’s suspension of Ruga.

ADVERTISEMENT
It also gave governors ultimatum to reconsider the Ruga initiative.
Abdullahi appealed to security agencies to pay attention to what is happening to herdsmen “hour-to-hour, day-to-day basis”.
“We have heard in the few hours ago that some violence had already started to manifest in some sections of the country against the herdsmen, who for all know that would affect peaceful coexistence in the communities where they have lived for many years,” Abdullahi said.
“Now, certainly, we are worried about their safety, like we are worried about the safety of every Nigerian who decided to live wherever they want to.
“But then, if there is no certainty that their safety is guaranteed by the authorities that are immediately around them or by the authorities that has responsibility for the overall security of all Nigerians wherever they reside, we are certainly worried about their well-being.
“If it is indeed true that their safety is not guaranteed in the places where they are residing, we would rather have them back into areas where there safety is guaranteed, and they should be coming back as much as possible to the north.”
He said the forum is making efforts to ensure that everything must be done to avoid escalation of violence that will lead to the break down of law and order in the country.
The chairman also urged the federal government to set up judicial panel of inquiry to determine the worth of properties lost by both herdsmen and farmers, with provision for compensation to each of the “warring parties”.
Earlier, Abdul-Aziz Sulaiman , spokesperson of CNGs, had alleged that southern governors had on July 9 jointly agreed to stop the movement of herdsmen and cattle in all southern states.
Sulaiman said the situation was worsened “after a section of the southern leadership” started blaming the death of the daughter of Reubem Fashoranti, leader of Afenifere, on herdsmen and “threatened reprisals on northerners”.
“In the process, they threatened all forms of violations and breaches against northerners including the threat of an all-out war,” Sulaiman said.

“With all these statements and steps taken by the southern governors and opinion leaders, we are worried that none of the northern governors or federal official has deemed it apt to caution them.
“Based on the above observations, and the fact that the instigation of hatred against the Fulani persists, we feel obliged to advice the leadership of the Northern Elders Forum to consider calling on the Fulani to forego their right to live and flourish anywhere in the south and relocate to their various states in the north to ensure their safety noting the inherent return value of such denial.”