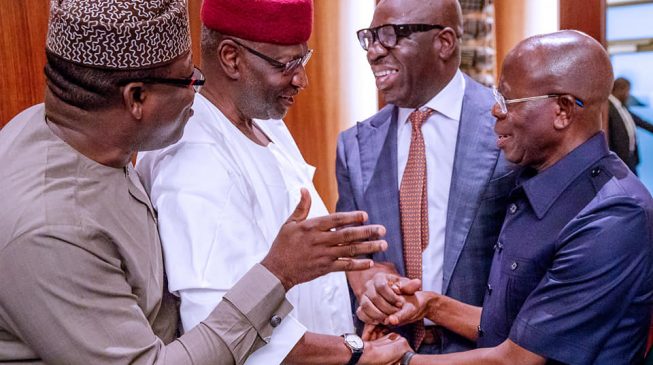 Adams Oshiomhole, national chairman of the All Progressives Congress (APC), and Godwin Obaseki, governor of Edo state, shook hands at the presidential villa in Abuja on Wednesday, TheCable reports.

ADVERTISEMENT
The duo have been in the news in recent times over the crisis in the Edo house of assembly.
A faction of the assembly is behind the governor while the other is on the side of the APC national chairman who is Obaseki’s predecessor.
Efforts to bring the duo together had failed on different occasions but on Wednesday, the two of them stood together after the presidential policy retreat at the presidential villa in Abuja.
Aliko Dangote, Africa’s richest man, Abba Kyari, chief of staff to President Muhammadu Buhari, and Kayode Fayemi, governor of Ekiti state, joined them.
ADVERTISEMENT
It is not clear if this is an indication that the hostility is over or the politicians will return to the less desirable path after the encounter at Aso Rock. 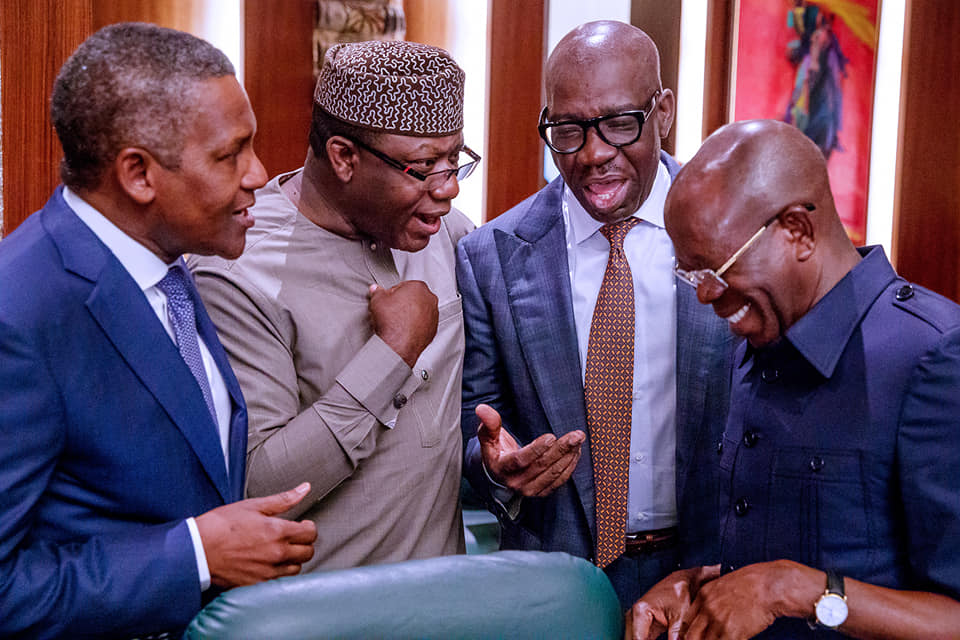