Obaseki: Sambisa is an ideal place to begin Ruga 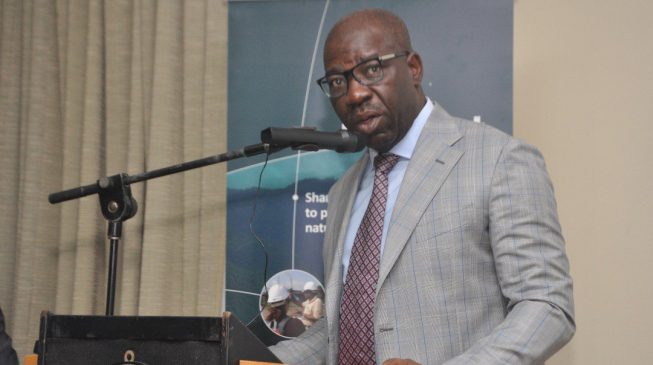 Godwin Obaseki, governor of Edo, says there is no available land for Ruga settlement in the state.
The federal government had proposed Ruga as a means to end the incessant clashes between farmers and herders but it was later suspended following public outcry.
Speaking during a lecture in Abuja on Tuesday, TheCable reports that the governor said the ideal way to begin the proposed settlement is to create a grazing reserve in Sambisa forest, Borno state.
ADVERTISEMENT
The Sambisa forest is known to be the hideout of the Boko Haram insurgents.
“The Sambisa Grazing Reserve (4800 ha) is an ideal and symbolic place to take-off by establishing a ranch run by the military. It would significantly improve the security situation in the zone and encourage cooperation between pastoralists and the military,” he said.
“In the north-west, the military should also be encouraged to create ranches in the Gidan Jaja Grazing Reserve (565,000 ha) for the same purpose of improving security and cooperation with pastoralists (NWGPG, 2018).
“For us, because it is business like any other private business, the state should not really have much to except we create an enabling environment for those people we want to invest in livestock business. So, the issue of giving state land for livestock, it won’t happen in Edo State.
“In Edo state, we have found so-called herdsmen with maps in the forests, they clearly cannot be herdsmen who are dependent on their livelihood from their animal assets; that cannot be.
“I think it is important in the context of this discourse to make that distinction between conflict as a result of economic activities, separate from deliberate conflict that is related to other issues like insurgency and terrorism.”
The governor said his administration is talking to people who purchased ranches established in the state years back to see how they can be re-activated.
“Individuals who have land and they want to go into livestock business, like we are supporting people who are doing cassava and others, we as government will support them,” he said.
“You have issue of pastoralists or herdsmen who have come to parts of the south, Edo state over the years using grazing routes, they have always interacted with the communities, they have always had economic arrangements with those communities and because of the socio-political structures, when they come into the communities, the first thing they do is to go and look for the chief or the leader in the community, announce their presence and go into economic arrangement.
ADVERTISEMENT
“Unfortunately, because of the breakdown of that socio structure within the herdsmen arrangement, we found out that some of the young men who they give the cattle; coming into the communities without respecting this arrangement that has been in place, they cause conflicts within those communities, they have always had conflict resolution mechanisms.”