PDP: Gunmen attacked our witnesses on their way to tribunal 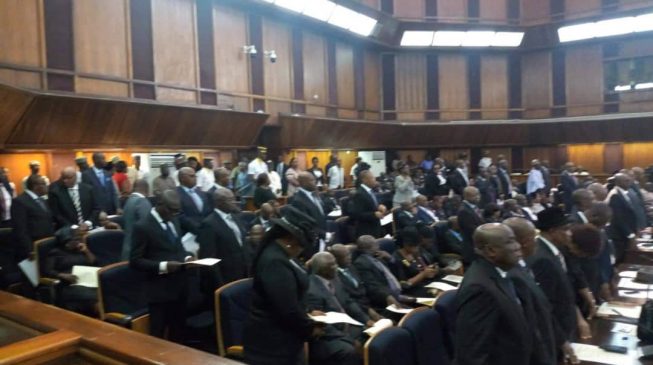 The Peoples Democratic Party (PDP) on Friday told the presidential election petition tribunal that its witnesses were attacked on their way to Abuja from Zamfara state.
TheCable reports that Chris Uche, a counsel to the PDP, said the individuals were on their way to the tribunal to testify when the incident happened.
He said as a result of the situation, the PDP would be not be able to call more witnesses to testify.

Uche gave court the information while the tribunal was about going on break. Activities of the tribunal are put on hold at 1pm while proceedings end at 4pm.
The petitioners called eight witnesses to testify on Friday.
“I am not sure if the next set of witnesses would be available. We got information that they were waylaid by unknown gunmen while on their way from Zamfara to Abuja,” the lawyer told the tribunal.
Corroborating Uche’s statement, Livy Uzoukwu, lead counsel of the petitioners, said some of them reportedly sustained injuries while trying to flee the gunmen.
Uzoukwu said some of them have not been found.
“I was told that while the witnesses were on their way from Zamfara state, they were attacked by armed men. Some of them jumped into the bush and some of them were gravely injured while fleeing,” he said.
“Up till now, they are still looking for some of them in the bush.”

The petitioners prayed the tribunal that the case be adjourned till Monday.
The five-man panel of judges led by Mohammed Garba granted the prayer and adjourned proceedings till Monday.