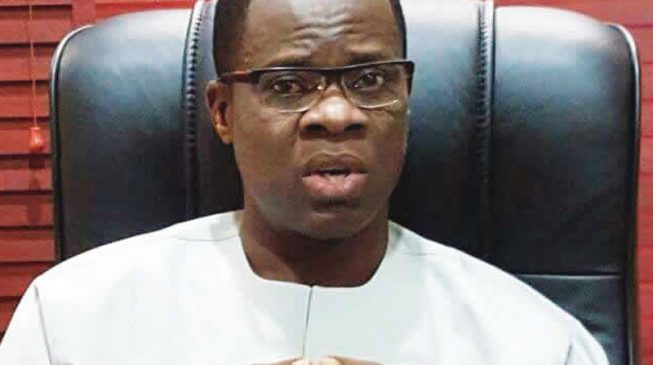 The Peoples Democratic Party (PDP) has tendered a video clip of how a top official of the Independent National Electoral Commission (INEC) discussed how results would be transmitted to a server.
The video clip was played at the tribunal at the time Segun Showunmi, star witness of the petitioners, was being cross-examined.
In his petition, Atiku Abubakar, PDP presidential candidate, claimed that results from INEC server showed he defeated President Muhammadu Buhari.

He said the results showed that he polled 18,356,732 votes while Buhari secured 16,741,430.
However, INEC declared that Buhari polled 15,191,847 votes to defeat Atiku who had 11, 262,978 votes.
TheCable reports that the video clip played at the tribunal showed Mike Igini, resident electoral commissioner of INEC in Akwa Ibom state, saying the results would be transmitted to a server.
“Results declared at the polling units will then be sent to the INEC central server,” Igini had said in the clip which was broadcast on Channels Television before the general election.
In the video, Igini said results would be collated at the various polling units into the form EC8A after which it would be transferred to the card reader and transmitted to the central server.
Another video played at the tribunal showed Mahmood Yakubu, INEC chairman, saying the electoral commission hopes to “establish a new platform for electronic collation and transmission of results.”

The petitioners have tendered 48 video clips to establish their claim.