PDP witness: An INEC official was caught with $10,000 on election day 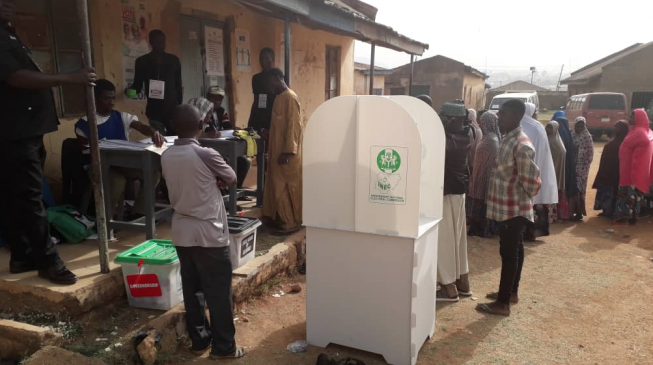 Likita Ali, a Peoples Democratic Party (PDP) agent, says an official of the Independent National Electoral Commission (INEC) was arrested with $10,000 on the day of the presidential election.
TheCable reports that Ali said this on Tuesday while being cross-examined by Yunus Usman, counsel to INEC.
ADVERTISEMENT
The witness said he served as agent of the PDP in Lafia local government area of Nasarawa state.
He said the unidentified INEC official was allegedly caught at the Lafia local government collation centre.
“I was there when the INEC official was caught. Lafia local government collation centre was where it happened.”
When Usman asked him if the INEC official was alive, he responded saying: “He should be alive.”
The witness said he reported the matter to the security agencies in the area and the official was arrested and transferred to the Criminal Investigations Department (CID) office in Lafia.
When asked by Mike Igbokwe, a counsel to Muhammadu Buhari, if he kept a copy of the statement to police, Ali said “no.”

He added that he visited all the 24 polling units in his ward.