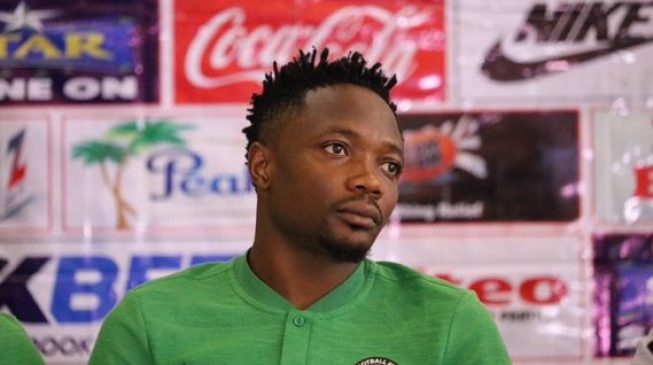 The Super Eagles of Nigeria were served the same dish they gave South Africa, albeit so late in the game. Algeria were 2-1 winners with a last-minute goal, condemning the Super Eagles to a scrap for third place in the AFCON tournament.
TheCable reports that Gernot Rohr and the players have themselves to blame for not rising to the occasion, playing like rabbits in headlights in the first period and they still looked rattled in the second despite the improvement.

Though Nigeria took four points off the Algerians in the qualifiers, that seemed a long time ago now with the Desert Foxes striking when it mattered most. Riyad Mahrez, their most dangerous man, delivering sweet revenge with a brilliant 95th-minute free kick.
Rohr watch
The technical crew stuck with the trusted formula, unchanged in selection and tactically from the quarter final triumph, a decision which played into the game plan of our North African opponent. Algeria are a different opposition and they harried our attackers while pushing the defenders further back. The result was a dire first half compounded by an own goal from the hero of that Cameroon encounter, Wiliam Troost-Ekong.
Rohr’s wards improved in the second half not due to some tactical tweak, but from better composure and determination, leading to the VAR-wrapped penalty gift. A major talking point should be why captain Ahmed Musa, who was never in the game, played all ninety minutes while Samuel Chukwueze was substituted around the time his influence was growing on the game. Poor decision.
Daniel Akpeyi (6/10): Two big saves early to deny Algeria but could do nothing about the own goal. However his improved performance, he could have done better for the winning goal eventhough Mahrez’s free kick was pacy.
Jamilu Collins (3/10): The full back was up against skillful Algerian players and he was always on the back foot, offering no threat to stem the tide down his flank in a poor outing. Almost scored a calamitous own goal and was skinned by Mahrez in the lead-up to Ekong’s eventual own goal, also deflecting the Man City player’s cut-back unto his defence partner. Improved in the second period.
Chidozie Awaziem (5/10): Although his level dropped by the lofty standard he had set in this tournament as the most consistent Eagles defender, Awaziem was still able to prevent the Algerians from attacking from his flank.
Kenneth Omeruo (4/10): The Chelsea loanee was all at sea in defence, making mistakes under constant pressure from Algeria’s cheat-prone striker, Bounedjah, who robbed him of the ball on one of such occasions but was thwarted by Akpeyi. He looked timid and dazed in the face of constant attack by the Algerians, not a good display on the night.
William Troost-Ekong (4/10): From hero to zero. Part of a jittery backline but was unlucky to concede the own goal as he could not move out of the way. He improved and looked more comfortable as the game wore on but there was the poor communication and sense of potential mistakes.
Wilfred Ndidi (5/10): Tireless running at both ends to try and lessen the influence of Algeria’s midfield trio Bennacer, Guedioura and Feghouli but had his hands full. Could have done better in the last few minutes but was absent as Algeria ran riot in midfield, and clumsily conceded the free kick from which Mahrez dealt Eagles the fatal blow.
Oghenekaro Etebo (5/10): Overwhelmed by Algeria’s dynamic runners in the middle of the park, especially Sofiane Feghouli who didn’t stop running or looking for the ball. His shot led to the VAR-awarded penalty. He couldn’t afford a bad game but did at the wrong time and he would learn from this fair performance.
Samuel Chukwueze (4/10): The youngster was not given the ball and couldn’t find space to operate in the first half. However, the Algerian defence successfully limited his influence when he got more involved in the second period. Substituted for Onyekwuru.
Ahmed Musa (2/10): Given no space to operate, offered no service and final product. It was a listless performance from the captain of the Super Eagles. Biggest flop of the match.

Alex Iwobi (4/10): Not given time on the ball. The Arsenal man couldn’t shake of the attention of Guedioura in the first period. Found more space in the second half as the defensive midfielder tired but lacked the killer instinct.
Odion Ighalo (5/10): For the umpteenth game was mostly not involved did what all good strikers do, score when given the opportunity. Dispatched the penalty with aplomb to become the tournament’s highest goalscorer.
Substitute
Henry Onyekuru (NR): Replaced Chukwueze with twelve minutes to spare for his first AFCON appearance but couldn’t influence the game.