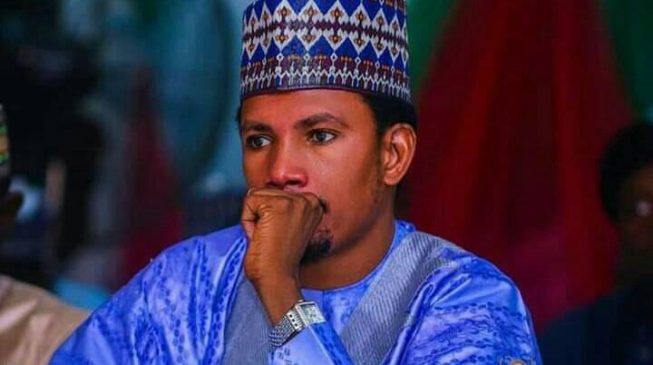 The police have arraigned Elisha Abbo, senator representing Adamawa north, for allegedly assaulting a woman at a sex toy shop in Abuja.
TheCable reports that the lawmaker was arriagned at a magistrate court in Zuba on Monday.
Anjuguri Manzah, spokesman of the federal capital territory (FCT) police, confirmed this to TheCable via text message when asked on the development.
He said: “Yes. Thanks.”
Abbo has been under fire after a video clip of him hitting the woman, simply identified as Briba, went viral.

On Thursday, the police arrested the senator after he surrendered himself to the FCT police command.
He was detained and released on bail on Friday.
The senator has since asked Nigerians for forgiveness over the incident at the shop. His apology came after outrage on social media and protest against him.
Abbo said he had learnt his lessons and would be of good conduct henceforth.
“I personally apologize to Bibra and her family for my action towards her, which has brought immense discomfort in our body polity,” he had said.
“I have never been known or associated with such actions in the past.”
The senate also set up a committee to investigate Abbo. The report of the committee is expected in within two weeks.